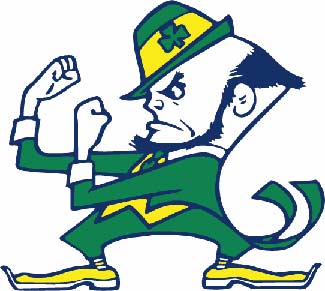 Here it comes! Get ready!

If you’ve ever been on a roller coaster you know the building feelings of suspense that accompany those Ticks or Clicks. The tension builds as the potential energy increases, and we eagerly await the coming plunge. It’s hard to tell whether it’s the thrill of anticipation or the shock of the plunge that makes the first hill on a roller coaster the biggest moment of the entire ride. Doubtless they contribute one to the other. It’s the same feeling I used to get late in an August afternoon in Kentucky, when all of the heat and humidity of the day prepared to break in a violent 10 minute thunder storm. Once you’ve been through one, you can feel the next one coming.

I’ve been getting that sense for several weeks now. The energy has been building these past three months, and just this past week I felt the first prescient raindrops – Tick, Tick! Tick!.. This generation’s abortion battle is coming. Moderate Christians of a Liberal-Evangelical bent need to be prepared – and we’ll need more than a good umbrella to keep us dry.

For several weeks the dismal performance of the once hyped Coach Charlie Weis (Three Superbowl rings as Offensive Coordinator with the Patriots!) has not been the central topic of conversation in South Bend, where touchdown Jesus and the Jesus of Nazareth compete for first place in the hearts and minds of the Notre Dame faithful. graduation address to be given by President Obama At issue, whether a Roman Catholic university should be giving its institutional “thumbs up” to a politician who supports abortion rights. To be clear, President Obama was not simply speaking to the graduating class. He was set to receive an honorary degree, the highest honor that Notre Dame can bestow on someone who doesn’t wear shoulder pads.

Had this remained an internal debate among Notre Dame community members and alums, or even among the world Roman Catholic communion, then I would likely not have raised the topic here. But the event (and by”event” I mean the President’s appearance as well as the seemingly endless commentary in the media leading up to the appearance) heralds the coming storm. President Obama won the Roman Catholic vote (54%) last November, and he won among voters with college degrees (53%).  So we ought to expect a Roman Catholic university to be favorably inclined toward our new President. Some student groups opposed the conferring of the honorary degree, and I am eager to respect the opinion of these students. But the degree to which the media and political pundits focused on this visit tells us that something else is afoot. They are all hearing the Tick, Tick, Tick as well, and are straining to see over the horizon, eagerly anticipating the coming fight.

For the political diehards, those Republicans who decorate their Christmas trees with red and green elephant ornaments, and those Democrats who refuse to scrape the faded Mondale/Ferraro stickers off of their VW vans, it is now, always has been, and likely will always be all about the Supreme Court. There are only 9 people in this country who really matter to them, because they hold the future of abortion in the United States in their gavel wielding hands, and one of them is about to change.

Wherever the President goes, it’s news. But the Fighting Irish bigwigs probably could not have anticipated how big of a story they were going to create when they invited President Obama to their commencement ceremonies. Only weeks earlier, a short, lean, unassuming, and tired New Hampshire native had announced his intentions to return to the land of the White Mountains and our nation’s first primary. Justice Souter had had enough, and he wanted the new President to pick his replacement. Tick! Tick! Tick!

Souter was appointed by a Republican President (G.H.W. Bush) but over the years had become a reliably liberal justice. On occasion he was a swing vote, but all in all conservatives were disappointed with his record. His pending retirement has served as a call to arms for both Liberals and Conservatives. His replacement may begin a radical remaking of the court if the Democrats have their way. Thus, neither side is likely to hold anything back. They are sharpening their rhetorical swords as we speak: “It’s a child not a choice.” “Don’t Criminalize Doctors.” “Pro-woman, Pro-child, Pro-Choice.” “Abortion is murder.”

So this is a warning to moderate Christians out there. Get ready. Because if the rhetorical fight has not yet reached your town, or your churches, it soon will. Because despite the fact that abortion does not rank highly on most people’s radars, especially when they are in the voting booth, it continues be the number one issue in the hearts and minds of those who drive the agendas of the two major parties as well as many of the pan-church Christian organizations in our country.

So now is the time to begin thinking about what a moderate, Liberal-Evangelical response might be. I’ve written about abortion here at Le Blog before, and I’ll be thinking and writing more about his issue in the coming weeks and months, and I hope to hear from you as well. The one thing I’m certain of here at the beginning of the process – Tick, Tick, Tick – is that there is no progress to be made by raising the volume on the old rallying cries. I cherish life, and I think that Liberal-Evangelicals up and down the political and theological spectrums share that attitude with me. But many of us are not willing to be co-opted by the “Pro-life” juggernaut. I’m committed to finding a moderate way forward. But let me be clear. This does NOT mean that I have a legislative or medical solution to the many questions that surround the abortion debate. It does not mean that I’m willing to champion a single patented Liberal-Evangelical position.

Rather, I’m convinced that moderate Christians can find ways of witnessing to the inclusive and enduring love of Christ even in the midst of bitter fights! I’m convinced that we can have a position without hating those with positions that differ. I’m convinced that strong feelings on abortion must not, and need not hold us back from loving one another. So let’s think about how moderate, liberal evangelicals can follow Christ’s example even as the storm approaches and we plunge over that first hill.

“Because no matter how much we may want to fudge it – indeed, while we know that the views of most Americans on the subject are complex and even contradictory – the fact is that at some level, the views of the two camps are irreconcilable. Each side will continue to make its case to the public with passion and conviction. But surely we can do so without reducing those with differing views to caricature.”

Looking for Converts, Not Heretics