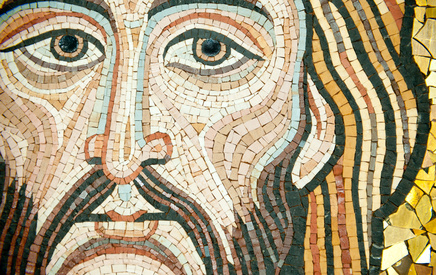 This resource explores The Meaning of Jesus: Two Visions and the conversation that takes place therein between N.T. Wright and Marcus Borg, each espousing their own unique perspective on the nature and character of Jesus. Standing in relative opposition, in fact, the more historical and metaphorically minded perspective of Borg contrasts sharply with Wright’s more literal, supernaturalist conception of Christ’s divinity. Seeking to narrow the rift existing between conservative and liberal camps, the explicitly articulated intent of these authors is to model a way toward respectful dialogical debate concerning central, often highly controversial issues in Christianity.

Over its four-week period, then, this study uses selections from Two Visions to help participants become familiar with the notion of living amidst productive controversy. That is, participants are consistently encouraged to engage such contentious topics as the nature of Jesus’ divinity in a way that, while remaining responsibly critical, is able to demonstrate a certain level of open-minded receptivity, as well. Ultimately, this receptivity opens us up to the fertile depths of controversy, deepening rather than simplifying our appreciation for complex questions. Offering a middle path capable of moving through these otherwise alienating concepts in a thoughtful and productive manner, this study is perhaps most beneficial for moderate Christians who wish to further develop their relationship with God by way of a more expansive and encompassing appreciation for the figure of Christ. In a more general sense, it should also be of some assistance for any particularly diverse congregation whose theological pluralism inevitably leads to some degree of tension.

Title: A Study Guide for N.T. Wright and Marcus Borg’s The Meaning of Jesus: Two Visions.

The pdf version of the study is here (to access pdf files, use the free PDF reader supplied by Adobe.)