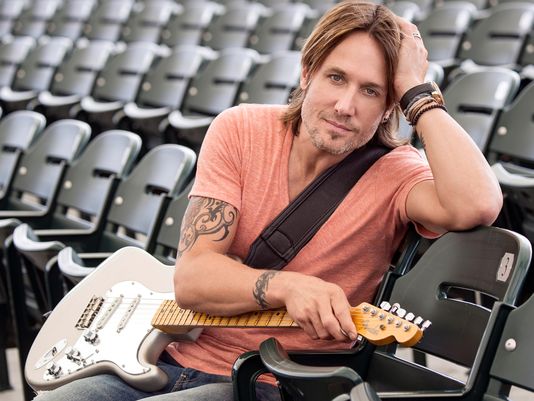 No, it has nothing to do with Keith Urban. (Will the jokes be this bad all season?) It has to do with a seemingly irreversible trend in human history toward larger and larger social units. Data is spotty before 1950, but the evidence does seem to point toward some interesting trends. For millennia after human beings first left Africa and began to spread around the globe onto all of the continents save Antarctica, human population density may have fallen. The math is fairly easy to understand. As we spread out to inhabit more territory, our geographic reach outran our biological fecundity and our species may have lost ground in terms of population density; not that it mattered much at the time. For millennia after that, as our ancestors did the practical research that located good spots for finding game and gathering food, we likely lived in small tribes as we spread out to exploit diverse niches around the planet. Population density likely stabilized for a long period. Then something unique happened in and around the alluvial flood plains of the Tigris and Euphrates rivers, the Indus river, the Yellow and Yangtze rivers and the Nile river; in the geographical blink of an eye, we learned to stop chasing after our food (hunting and gathering) and learned how to make the food grow where we wanted it (agriculture and animal domestication). Not all ground is fertile, so populations living on farmed products tended to increase around fertile fields and lush grazing lands. The first permanent settlements were established as we dug in (literally) to make the soil give us bread (and beer!) The first cities were born. Recorded history covers only this short and recent period of relatively settled life and it seems that urbanization and written language go hand in hand, so it is in some sense fair to note that history as a human practice is in fact an urban phenomenon.

The difference between a town, a village and a city may be a bit arbitrary. I grew up thinking of Cincinnati as “the big city.” Now it seems quaint. New Yorkers mock Boston as a cow town, even as New York has lost its once vaunted status as the world’s biggest city. The truth is, there is no good way of even judging the size of modern cities because it isn’t clear whether we should count the suburbs and whether or not urban areas that blend into one another (Dallas-Ft. Worth and Raleigh-Durham) should count as one city or two. Does New York include New Jersey and Connecticut? The Jets and Giants sure think so. The peak population of ancient Rome has been estimated as between 700,000 and 800,000, but how to count slaves and the surrounding manors and plantations that existed to service the city? The modern equivalent of this question might be, how to count office workers. Many big cities swell with commuters from bedroom communities during the day and empty out at night. Do we count official residents or maximum occupancy at lunchtime?

Ultimately, demographic rankings and precision are less important to our argument than is the larger demographic trend. As a species, we’ve been moving toward urbanization for thousands of years, and the trend does not seem to be reversible in the near future. Cities are, despite the traffic jams and bearded hipsters, economically and socially efficient producers of trade and social capital. They are the living rooms and kitchens of humanity, the places where social bonds are made, fights are had, ideas percolate and circulate, hard decisions get hashed out, food is produced and different folks gather despite their differences. We might look at this with trepidation. We might want to act like the embarrassed teenager and abandon the common space of the house in favor of our private bedrooms, but ultimately, this is always only a temporary solution. Slam and lock your doors all you want, you cannot avoid the commons! Realize please that this is a difficult point for me of all people to make. I am, at heart, a rural person. In the words of Hank Williams Jr., most of the time all I really want is “the woman and the kids and the dogs and me.” (Ask my wife about Farmageddon, or better yet, don’t.) But while a country boy can survive on his own, we can only flourish when we embrace our common humanity and choose the social option. Increasingly, it is becoming obvious that the cities are where the action is going to be. So if LiberalEvangelicals want to play an active role in humanity’s future, it’s time to get right with Urbanization.

What do I mean by “get right with Urbanization”? Well we could mean lots of things. We might consider the environmental impact of cities or the engineering challenges. Political concerns will be relevant, as will technological innovations. Arthur C. Clarke and Isaac Asimov, two giants in the field of science fiction, both explore the theme of urbanization in the distant future. Asimov envisions an Earth wherein humanity has almost entirely retreated into the social safety of domed cities. Only the robots dare leave these Caves of Steel to explore the rural landscape where raw materials are mined and food is grown. Clarke, follows a surprisingly similar trajectory in his The City and the Stars, again depicting a world in which human beings have fully embraced urban life to the complete neglect of those things that lie beyond the walls of the city. It strikes me as somewhat strange that these men, both of whom are usually quite imaginative, shared a relatively low opinion of urbanization. The cities were, they argued in their fiction, dead ends, places where human creativity and the pioneering spirit went to die. To be fair, they were both worried that city life would prove to be so comfortable that humanity would lose the appetite to explore beyond our native planet. I think they were naïve. They underestimated the challenges of urbanization and did not realize just how much urbanization would force us to think creatively and to reach for bold new solutions. The pioneering spirit, I argue, is alive and well, nowhere more so than in our large metropolitan areas.

Back to the moral psychology of Jonathan Haidt for a moment. I’ll quote myself here from an earlier LE Blog entry.

Haidt’s basic contention is that human beings have five core foundations of morality. These are not so much moral arguments or claims, but rather moral instincts or tendencies that show up again and again across a wide range of cultures. I’ll summarize them in the imperative. 1) Avoid harm. 2) Be fair. 3) Be loyal to your own people. 4) Don’t be gross or disgusting. 5) Respect authority. Different cultures may understand authority differently or find different foods to be gross, but all cultures, Haidt argues, embody some form of all five moral foundations. What is really interesting for our purposes, however, is way that Haidt characterizes the difference between Liberals and Conservatives. Conservatives, he argues, value and cultivate all five foundations at about equal levels. He calls this “thick morality.” Liberals, on the other hand, as a strategy for getting by in big cities and pluralistic societies, highlight foundations 1 and 2 and deemphasize foundations 3, 4 and 5. (This is likely not a conscious decision for most people.) Thus Liberals have a “thin morality.” For Liberals it is more important to be fair than to be loyal, and it’s more important to avoid harming others than it is to cultivate group identity through affirming shared taboos.

One of the best things about quoting yourself is that you’re sure to agree with the quotation. I find Haidt’s description of our moral foundations to have tremendous explanatory power. But let’s dig in here on the point that I made only in passing about cities. Imagine that you’re somewhat like me, only less fond of bluegrass and perhaps taller. You’ve grown up in a relatively small town surrounded almost exclusively by people of your race, language and religion. Perhaps you, like me, came dangerously close to getting a tattoo with the enlightened phrase “God, Momma and the USA” on your left arm. You are loyal to your people (USA), you respect authority (Momma) and you strive to keep things pure (God). Now pick up and move away from rural Kentucky. Enter Harvard and live in a dorm in Sommerville, a working class suburb of Boston. Note please that the very habits of respect for authority, purity, and communal loyalty that served you so well in your homogeneous rural context now work against you in a pluralistic urban context. I shopped at markets that sold frozen goats heads (I’ve found a new one in Montreal), I was surrounded by Portuguese speakers (now I’m surrounded by Francophones), and the Ten Commandments were never displayed on anyone’s lawn. You have three living options in such a situation. 1) Give up and move back home. Honestly, I’ve seen countless college freshman do exactly this after their first semester away from home in the big city. 2) Resist, resist, resist assimilation by finding an enclave of folks similar to yourself. Conservative religious organizations on college campuses frequently serve this purpose. Despite their rhetoric, their most important function is often to protect their members from the realities of life on an urban campus. 3) Get right with urbanization. Whether or not this happens in proximity to a college campus, the basic shift in moral habits is the same. Turn up moral foundations 1 and 2 (harm and fairness) and turn down foundations 3, 4 and 5 (loyalty, purity and authority). I hate to agree with Rush Limbaugh on just about anything, but as a purely descriptive analysis of the situation he is correct: moving to the big city, whether for college or a new job, means embracing liberalism. Urbanization demands a thin morality.

At the moment, when we think about big cities (Delhi, Shanghai, Mexico City, Karachi, Tokyo, London, etc.), we might think about travelling to visit exotic cultures. But more and more the truth is that cities both at home and abroad do not represent any one culture. Montreal has great Lebanese food. San Francisco’s Chinatown is legendary. Mexico City produces some of the world’s best versions of Vienna Lager, a uniquely Austrian dark beer that is no longer so uniquely Austrian. Urbanization does not mean that more and more of “us” gather together with one another to affirm our commonalities. Urbanization is increasingly a phenomenon of living together with difference and this should be right in the wheelhouse of LiberalEvangelicals. In fact, I’d go so far as to suggest that if there is a niche custom made for LEs, or better yet, if LEs have evolved to fill any niche, then the modern pluralistic urban center is it.

LEs are in a unique position to build a new form of Evangelicalism, a form that does not demand that all members check their uniqueness at the door, a form that speaks a single Gospel to a heterogeneous population. What will this form look like? It will be spoken in many languages and spoken to folks of many races and ethnicities. It will not assume a single cultural heritage, nor will it try to create a homogeneous mass. A genuinely urban form of LiberalEvangelicalism is going to be a kind of fusion religion, akin to fusion cuisines. Old rules and wineskins will burst and new ways of speaking and being together despite our differences will evolve. Evangelical survivalists who stockpile canned goods and seek out safety in isolation, have it exactly backward. The only way forward for Evangelicals is through social engagement, and in the decades to come that will increasingly mean embracing an urban context.

Whether or not you choose to embrace Keith Urban is strictly up to you and Nicole Kidman. I think we’ve found our bumper sticker slogan: Urbanization: better than Tom Cruise.