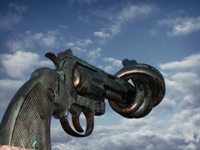 We all are still painfully aware of the death dealing violence perpetrated by Jared Lee Loughner on the 8th of January. Our memories are still capable of recalling the eerie mug shot of a man who had just wounded 14 people and stole the lives of 6 others. Representative Gabrielle Giffords, who was conducting a “Congress on your Corner” session, was Loughner’s primary victim, and though he failed to assassinate her, he did manage to inject into her life (and the lives of her loved ones) indescribable physical and psychological trauma. As we stand awestruck by Loughner’s cruelty, many of us ask, “What causes someone to do such a thing?”

Jonathan Alter, in his article “American Assassins” written for Newsweek provides provocative insight into this question. One of the first points of note is that political assassinations in the United States are markedly different than those carried out in other countries. Alter writes, “Where political violence in other countries is nearly always associated with extremist movements, religious fundamentalism, or criminal organizations, American assassins are usually peculiar stalkers defined less by ideology than vague political and personal grievances.” They are a “strange subspecies of citizen who see killing political leaders as a better form of self-expression,” he continues.

Alter subtly claims that American assassins appear to ground their idiosyncratic grievances in a convoluted concoction of actual and mythical American history. Many of the assassins have been bolstered in their acts by the fact that “this nation was born in armed revolution” and that “we carved a frontier and pushed Native Americans off their lands with the gun.” Moving forward a political agenda through violence has “assumed a mythic place in America’s definition of itself” though such images as the heroic soldier, the dauntless cowboy, and the stalwart patriot.

In addition to incorporating a mythical American past into their twisted agendas, Alter observes that many of these assassins have been mentally ill. Given this state, it is possible that America’s assassins are particularly vulnerable to media messages that indirectly engender violence. Statements like, “If not ballots, bullets” (Florida radio talk-show host Joyce Kaufman) or “Tiller is a baby killer” (a reference to Dr. George Tiller, murdered by an anti-abortion activist) or “Second Amendment remedies” (Nevada Senate candidate, Sharron Angle) do not ignite violent ideas in most of our minds, but for those who are most psychologically vulnerable, such statements can be like dry twigs placed on red-hot embers. Highlighting the magnitude of this risk, Alter, drawing on the records of Dr. E. Fuller Torry of Treatment Advocacy Center, cites that in Arizona alone there are approximately “21,000 schizophrenics – and about 10 percent of them are potentially dangerous.”

American assassins have also commonly experienced turbulence in their social spheres. Similar to Loughner many “didn’t finish school, couldn’t hold a job, [and] engaged in petty lawbreaking.” [The only two exceptions to this trend are Lee Harvey Oswald and John Wilkes Booth. Oswald had a family and was gainfully employed and Booth had a flourishing acting career.] The social tensions experienced by these would-be assassins were also generally accompanied by forceful expressions directed at them from the “in-group.” Alter indicates that “a disproportionate number of assassins were bullied or excluded as children or young adults.”

When mental illness, social maladjustment, and mythical delusions are combined, the mixture becomes potent. And this potency may become even more intense in a democratic society characterized by material bounty. Drawing upon a quote from Charles Peters, founder of the The Washington Monthly, Alter writes, “Democracy can be cruel to misfits; The reason it’s cruel is you’re told you can be anything, and there’s enough evidence around you of people getting ahead that you believe it’s true. So when you don’t, it’s crushing. The more democratic a society, the more humiliating the failure.”

We are all thankful that horrendous acts of violence directed toward our political leaders and structures are infrequent; however, when such violence occurs, it affects our psyche like a bullet piercing the skin of an apple. Through such acts we see the vulnerability of human life, both in terms of the capacity of violence to mangle flesh and rend families and in terms of social factors that contribute to the forging of personalities that perceive violence to be the most effective means for addressing grievances. What is utterly striking is that each of the contributing factors outlined by Jonathan Alter are malleable. Through education mythical delusions may be short-circuited; through forms of psychological and economic care-giving profound feelings of alienation and social failure may be assuaged. What is also remarkable is that the life of Jesus of Nazareth and the living traditions of Christianity exemplify and embody actions that help, heal, and disarm the would-be assassin. Now it remains for us Liberal Evangelicals to continue to labor creatively and courageously so that this living tradition and those it touches may keep flourishing.