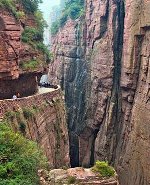 Martin Luther King, Jr., when speaking about the parable of the Good Samaritan, would frequently encourage that we not forget a key feature of the story: the context. The Good Samaritan became the “Good” Samaritan because he, and only he, responded to the plight of an assaulted traveler. And, when interpreting this parable, King, without diminishing the praiseworthiness of the Samaritan’s acts, asks “What about the conditions that give rise to the abuse of travelers in the first place?” “Why is the road to Jericho so dangerous to innocent travelers?” His profound interpretation urges us to continually penetrate into the deeper causes of violence and harm in order to ameliorate them, and this urging is challenging, helpful, and necessary; yet, sometimes devastating events occur that transcend the pitfalls of social structures, and when such events occur, we are thrown back on the call to be the rescuers, those who render immediate aid. And, the recent earthquake and tsunami that demolished and devastated Japan is just such an event.

On the 18th of March, the National Police Agency reported that 6,500 men, women, and children have been confirmed dead, 10,300 are still missing, and 2,500 are injured. The current human toll, then, is 19,300 people who are dead, missing, or suffering. These numbers do not even come close to calculating the incalculable – the agony and the loss felt by the millions of family members and friends. And, amidst the human misery, the Agency reports that more than 3,500 buildings have been torn asunder.*

Even though the earthquake and the tsunami have ceased, the catastrophe continues. The critically damaged Fukushima Daiichi nuclear power plant is poisoning plant technicians, nearby residents, water and food supplies, and the earth’s ecosystem with radiation. And the disruption of civic systems (water, food, power, sewer, etc.) continues to tax victims and rescue workers. The acute emergency has become the chronic emergency.

The call to render aid has been issued, and the call has been answered. International, national, and local church bodies have mobilized rescue and relief work. For those being evacuated from the threat posed by the nuclear power plant, an increasing number of Japanese “churches and Christian-run facilities and Christian homeowners are offering their church buildings as shelters.” The interdenominational body, National Christian Council in Japan, according to Rev Isamu Koshiishi, the Council’s moderator, is “coordinating a network of local support for those most severely affected.” The Japan Evangelical Lutheran Church has concentrated its energies on Sendai, a city suffering severely. The Anglican-Episcopal Church in Japan is operating its relief efforts out of Tokyo. And, in addition to its traditional relief activities, the Japan Evangelical Alliance (consisting of such groups as the Salvation Army of Japan, the Japan Alliance Christ Church, World Vision Japan, the Japan Evangelical Church Association, and Jesus Christ Church in Japan) is “communicating through Facebook, websites and the online information board of a Japanese Christian news publisher named The Christians.”**

Donation campaigns have been initiated by a number of Church bodies as well. The Roman Catholic organization, Caritas Japan, has begun a national campaign. The Russian Orthodox Church, too, is generating aid to help the Japanese Orthodox. The Japan Baptist Union and the Okinawa Baptist Convention have partnered with Baptist World Aid for their relief efforts. And, the worldwide coalition, World Conference of Religions for Peace, is using the donations it receives “to support municipalities in the affected areas and non-governmental organisations that are conducting rescue operations.”**

This catastrophe continues to wreak havoc on travelers who were “walking the road to Jericho”; yet, even in this palpably dark time, these wounded ones are receiving aid from the thousands of Good Samaritans of different faiths, various cultures, and diverse ages who witness their need and respond – amidst the convolutions of natural tragedy, the healing art of compassion has been released.

*From “Churches Continue to Help with Japan Rescue Efforts”

**From “Japan’s Churches act in Response to Multiple Crises”

A Sad Lack of Responsibility in the Florida Panhandle

“Keep the Christ in Christmas and the Hallowed in Halloween!”