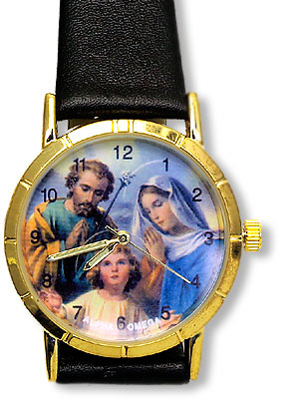 My boy doesn’t like Mark or John primarily because he doesn’t like how they begin. There are no birth narratives! Luke may be doubly exciting since we hear about both John the Baptist and Jesus as babies – twice the fun! Think for a moment about this odd fact. 50% of the Gospels tell us nothing about Jesus’ birth. Imagine if 50% of the Gospels didn’t have anything to say about Jesus’ death and resurrection, how would this effect our view of Easter? As a religion and as a culture strongly associated with a particular religion, we Christians and Americans love Christmas, and our love for this most sentimental of holidays is predictable. A good friend of mine from my grad school days has a new book coming out just in time for Christmas: Revelation of the Magi: the Lost Tale of the Wise Men’s Journey to Bethlehem. Brent Landau has always had an ear for popular culture and I would be shocked if his book doesn’t fly off the shelves and into stockings across North America. We love Christmas, not just because of the lights, food, presents, food, vacation days, food, and did I mention the food!? Even if Christmas were only a sacred holiday, even if it were entirely purged of its secular accretions, we would still love it because at its heart lies a tender story of an infant.

This will not, however, be a tender post. I want something from the Gospels, something that they aren’t giving me. I want to see Jesus the toddler, Jesus the teenager, and Jesus the young adult. Mark and John aren’t actually all that different from Luke and Matthew when you think about the insight they give us into Jesus’ growth and maturity as a literary character. Matthew and Luke jump almost immediately from the manger to the mature man gathering followers and preaching the Kingdom of God with only brief stops in Egypt and Jerusalem for anecdotes. They don’t give us the full story either. It’s like someone took the biography of Jesus and ripped out the middle chapters. Where is the character development! Hamlet didn’t return to Denmark and immediately kill his uncle, why the rush to the climax and denouement of the Jesus story?

I’m certain that there are many good theological reasons for the narrative intermission in the Gospels, but I’d like to take some time to re-imagine some of the missing chapters. Maybe we can learn something or at least reconsider the meaning of the Christmas stories in the process.

What follows are several fragments of lost chapters of the Gospels:

“Joseph, Joseph come here and see what he’s doing. Can you believe how good he is at drawing. I think that’s a donkey, and there he’s drawn the two of us beside the donkey. Maybe he’ll be an artist!”

“Joseph, Joseph come here and see what he’s done. I told him several times today not to bring that wooden mallet into the house. You’ll have to spank him this time for sure!”

“No Jesus, I don’t like you hanging out with that boy. He’s a bad influence. No more going over to Judas’ house after school. You’re grounded!”

“Son, if you want your own donkey and wagon you’re just going to have to get a job and buy one. Your mother and I aren’t made of shekels. You’ll just have to borrow ours for the time being, but be sure to put some hay in it this time when you bring it back.”

“Sorry Simon, I can’t go this weekend. My family’s going to Jerusalem for Passover again. But I’ll be back in a week or so, then we can go fishing. By the way, we really need to work on that name of yours. “Simon” is just so dorky. We better come of with a nickname for you quickly!”

“JESUS! Get in here. Did you turn all of this water into wine again!? I told you to knock that off. You’re grounded. No healing lepers for a week!”

“in those days an order went out across the land decreeing that all young men of fighting age would travel to Jerusalem to register for the Selective Service.”

“It looks pretty good, doesn’t it boy. “Joseph and Sons” Someday it will all be yours and you can pass it down to your own boys.”

I could go on all day writing these ridiculous things. And just think, these were the ones that made it through the editing process! You should see the ones I cut.

Of course there are dozens of ancient Gospels that do contain stories about Jesus as a young man and a boy. In many of these he does some fairly outlandish things. He accidentally kills playmates and then raises them from the dead. He entertains his young buddies my making toys come alive. He does all of the things that a young boy would do if he had supernatural powers, but the judgment of a child or teenager. And therein lies the problem. We have no idea how to depict Jesus “in process.” We revel in the vulnerability of a baby. We spend weeks singing about and anticipating his birth, but as soon as he’s born we move with light speed to get past those uncomfortable adolescent years and into the years of his mature ministry. Why?

I have a hunch.

I have a hunch that most of us Christians intuitively know that if we had to decide which was more important, Jesus’ message or Jesus himself, we would be unable to make a choice. We couldn’t do it because many of us feel – perhaps Evangelicals feel this with special depth – that Jesus himself was his message. Had he died early, no disciple could have taken his sermon notes and simply “filled in.” The man himself embodied his message in a special way and we all feel this deeply.

But – and this is a great big BUT – many of us also intuitively sense that evincing a prurient interest in the man himself is somehow missing the point. His hair color, his height, his accent, his favorite food, his first steps, his first teenage crush, his fights with mom and dad, a focus on these things would in some way detract from his message. It isn’t merely that we need an idealized Jesus with no zits or bad hair days. The truth is that we need the Jesus of the Gospel narratives to match up with the Jesus we each experience everyday.

We need Jesus truly to be all things to all of us, and the Jesus of the Gospels cannot belong to each and every one of us if the narrative image we get of him is too specific. As odd as it may sound, we are blessed in the Gospels to have a relatively vague depiction of Jesus. Allow me, please, another illustration.

When you go to sell a house, realtors instruct you to remove all of those personal touches that make the house feel like your house. Remove the diplomas, the monogrammed towels, the family pictures and the kids’ artwork. Make the house as generic as possible so that potential buyers can envision themselves living in the home. My hunch is that the Gospel narratives are so broadly treasured by so many Christians in so many diverse contexts in part because they do not tell us too much. They spare us the details of Jesus’ life that would only serve to distance us from him. Instead, we get the broadly applicable Jesus, the precise Jesus that each of us need.

So when my boy asks me about Jesus as a boy or as a teenager, I’ll continue to give him the same answer: We don’t know, but we can imagine. Hopefully, this will satisfy his curiosity enough to keep him engaged and leave him enough room to find the Jesus he needs when the time comes. So we’ll live with the baby Jesus and the mature Rabbi, and learn to live without the teenager Jesus and the twenty-something Jesus.

…a day off of school due to snow? Here in Nazareth? Who ever hear of such a thing? Jesus, did you have something to do with this?…