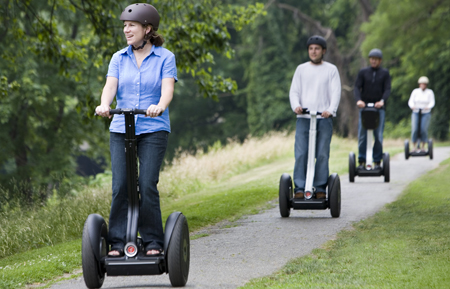 As President Obama and Congressional Republican leaders prepare to gather for a “Summit” on healthcare, I pause to consider the value of political processes. Let us not lie to ourselves! Any time homo sapienstry to make decisions together, the process is inevitably political, so we ought to expect typical human political behaviors to pop up in our hallowed governmental halls and in our fellowship halls where to gather to drink coffee and make decisions regarding our churches. But as followers of Jesus of Nazareth, oughtn’t we pause to consider not only his values and ends, but also the means he used to pursue them?

As a liberal (a prerequisite for the Le Blogger at ) I largely agree with President Obama’s agenda. I wish him luck as he works toward universal healthcare in the United States, a more engaged foreign policy, and a more responsible financial system. But I am simultaneously sure that there are many committed, honest, and well-meaning Americans who similarly hope to see the agenda of the GOP succeed. So, like so many moderates I am pulled in conflicting directions. I want to see X accomplished, but I am equally concerned to see that X is accomplished in the right way. Even if I were to get everything on my liberal wish list, I would feel less than vindicated if those items were achieved at the expense of a civil and transparent process.

I use moderate here in a peculiar fashion, but one that is true to the spirit of both Lost in the Middle? and Found in the Middle! In Le Blog a moderate is anyone, liberal or conservative, who puts the process ahead of the outcome.  And for me, as a moderate, this is what it means to love Democracy! It may be more efficient to accomplish a right-wing or a left-wing agenda by using totalitarian tactics, but the efficient realization of social, military, or financial ends is always of secondary importance. (Mussolini may have made the trains run on time, but that doesn’t much recommend fascism.) The primary value, the one that trumps all others, is the value of our deliberative democratic system.

So here it comes, my now famous segue to the theological!

I’m fairly certain that God is a moderate in the sense described above.

One of the most interesting ideas of theological speculation and imagination has always been the notion that God created the world through a kind of withdrawal. Recently this idea has been explored thoroughly in the work of Jürgen Moltmann, specifically in his text God in Creation. It’s a hefty tome, and it takes some serious commitment to read any of Moltmann’s systematic works, but the payoff comes in his idea that God must have, in some sense, vacated a space for reality to exist. This idea isn’t new and has a Christian ancestry dating back at least as far as Origen of Alexandria. In order for the world to exist and humanity to thrive, God must in some manner hold Godself back, voluntarily limit Godself in order to make room for human agency. If Moltmann’s notion conveys any truth, then creation itself involved God in a kind of process, a process that involved making room for an alternative to the divine Being. And in this alternative, I see a form of divine moderation.

How much more efficient would it be for God to step in and solve the world’s problems in a flash of divine prerogative? This question drives so much Christian theological reflection, and the theological imagination has frequently responded – and I think rightly – that God must have ends beyond those that are immediately apparent. Christian theologies of history have gone to great lengths to offer plausible explanations for why, when the Son of God came to earth, he did not come as a conquer or even as a reformer, but rather as a servant and sacrifice. Perhaps most surprisingly, Jesus repeatedly tells those he has healed or changed, “Go and tell no one.” What a far cry from the self-aggrandizing politicians of today….no press conference, you must be kidding me!

It would be a mistake to take the Christian theological imagination too literally on these points, but the overall symbolism of the divine is helpful to consider: for the creator, sustainer and redeemer the means are as important as the end. The world is to be transformed in league with human agency and even human flaws. Jesus Christ never pushes the metaphorical “override” button. And so, like it or not, we’re stuck with the frustrating task of doing things the hard way. We have to love our enemies; we cannot simply vaporize them with divine lightening bolts. We have to compromise, convince, and correct ourselves over and over again. We must accept the idea that the work of Jesus Christ is not a Tank or Bunker Buster Bomb! It is a mustard seed, that when planted takes careful time and care. It works slowly and grows slowly, and that process is itself an important part of the message.

This evening, I will doubtless turn off the news in frustration. “Come on President Obama, ram reform through!” That’s what I’ll be thinking, but in the days to come I hope that the more reflective, more Christian, part of my brain can see the wisdom in the deliberative process. As Christians we are process people, following the example of a man who would not accept the temptation to set himself up as a conqueror. Jesus preferred the slow and incremental process of changing the world by changing hearts. I’ll work on adopting his strategy.

Take your religion into your own hands