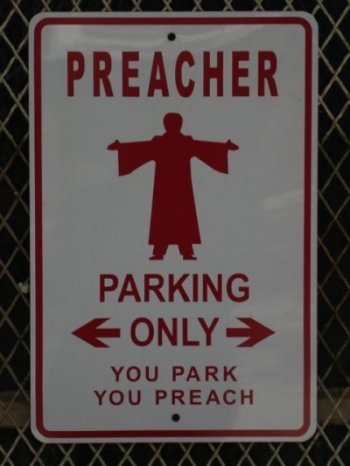 My 4 year old thinks it’s hilarious, the picture in his Kids Bible of the disciples with flames on their heads. And he is right; the picture is funny. An image of 12 robed men with their hair on fire should strike a child as comical. We tend not to see the humor because we have endowed these men (Why no women in the pictures? They are mentioned in Acts 2.) with mythical qualities. These were REAL disciples: James, Peter, John, Mary! These followers of Jesus appear to us today as larger than life figures. But at the time, they would have been anything but. On that first Pentecost they were a scared group of Christians huddled together for comfort, unsure of how to proceed now that their leader was gone. Know anyone like that?

The first Pentecost has been on my mind lately, not only because we just passed Pentecost Sunday 2010, (It was May 23 for those who missed it. Don’t worry; it’s not too late to send me a gift.) but also because we’ve been attending a church that is currently searching for a new minister.

No doubt, many of you have seen similar circumstances. Without a minister to preach on Sundays the duties are handed over to a rotation of lay preachers, retired clergy, seminarians, and whomever else the search committee can shoehorn into the pulpit for a week. This carousel of preachers is only the most visible sign that there is no fulltime or professional leader at work. Behind the scenes church members assemble reports, schedule repairs, pay bills and organize Sunday school teachers.

I’ve been in similar circumstances before at other churches, and the amazing thing is that most of the necessary work seems to have gotten done. I don’t remember any disastrous Sundays–though I do remember some very bad sermons–and I can’t recall the power ever being turned off because the bills weren’t paid. Of course many of you may know of situations in which churches were forced to close due to a lack of leadership, but I would bet that such cases are rare. My hunch is that churches tend to die on the vine due to a lack of lay participation rather than an absence of a professional minister.

I value a learned and professional cadre of ministers. I think that the combination of charisma, patience, intellect and spiritual maturity that is necessary to make a good minister is a rare blessing and we should cherish those with these gifts and a willingness to do a difficult job. However, while that requisite mix of skills and qualities is rare, I think that many of us lay folk have at least one of the qualities that are necessary in order to perform some of the tasks of a pro. Specifically, I’m thinking about preaching, if for no other reason than the fact that I’ve been blessed/forced to sit through six straight weeks of amateur sermons. So let’s look at the first amateur sermon on record.

Then Peter stood up with the Eleven, raised his voice and addressed the crowd: “Fellow Jews and all of you who live in Jerusalem, let me explain this to you; listen carefully to what I say. These men are not drunk, as you suppose. It’s only nine in the morning! No, this is what was spoken by the prophet Joel:

‘In the last days, God says,

I will pour out my Spirit on all people.

Your sons and daughters will prophesy,

your young men will see visions,

your old men will dream dreams.

Even on my servants, both men and women,

I will pour out my Spirit in those days,

and they will prophesy.

I will show wonders in the heaven above

and signs on the earth below,

blood and fire and billows of smoke.

The sun will be turned to darkness

and the moon to blood

before the coming of the great and glorious day of the Lord.

And everyone who calls

on the name of the Lord will be saved.’

“Men of Israel, listen to this: Jesus of Nazareth was a man accredited by God to you by miracles, wonders and signs, which God did among you through him, as you yourselves know. This man was handed over to you by God’s set purpose and foreknowledge; and you, with the help of wicked men, put him to death by nailing him to the cross. But God raised him from the dead, freeing him from the agony of death, because it was impossible for death to keep its hold on him. David said about him:” ‘I saw the Lord always before me. Because he is at my right hand, I will not be shaken. Therefore my heart is glad and my tongue rejoices; my body also will live in hope, because you will not abandon me to the grave, nor will you let your Holy One see decay. You have made known to me the paths of life; you will fill me with joy in your presence.’

“Brothers, I can tell you confidently that the patriarch David died and was buried, and his tomb is here to this day. But he was a prophet and knew that God had promised him on oath that he would place one of his descendants on his throne. Seeing what was ahead, he spoke of the resurrection of the Christ, that he was not abandoned to the grave, nor did his body see decay. God has raised this Jesus to life, and we are all witnesses of the fact. Exalted to the right hand of God, he has received from the Father the promised Holy Spirit and has poured out what you now see and hear. For David did not ascend to heaven, and yet he said,” ‘The Lord said to my Lord: “Sit at my right hand until I make your enemies a footstool for your feet.”

“Therefore let all Israel be assured of this: God has made this Jesus, whom you crucified, both Lord and Christ.”

I love this sermon for many reasons, not the least of which is the fact that Peter found it necessary to tell his listeners that the disciples weren’t drunk at 9:00 AM. Given the way Saturday nights sometimes go, maybe all Sunday morning sermons should start with a similar warning. We have a right to expect sober preaching, even from lay people.

So what makes this a great lay sermon?

1. Peter was a rookie so he stuck with the basics: scripture then interpretation followed by present application. It’s such a simple formula, but so effective.

3. It has meat in the middle. So many lay preachers I’ve listed to spend all of their energy telling introductory anecdotes and warming up to their point that their point is lost in the middle (This seems like a nice place to insert a plug for LOST IN THE MIDDLE?). We expect artistry and elegance from professional preachers; lay folks do best when they get right to the point. And I can’t stress this enough…they do best when they actually have a point. Can you give a one-sentence summary of the sermon’s central idea? Peter’s point: Jesus is Christ.

4. Peter also practiced the James Brown method of preaching: “hit it and quit it.” As much trouble as some lay preachers have warming up to their point, they sometimes don’t know how to end a sermon once they’ve made that point. They circle around and around looking for that “ta-da” moment that will wrap it all up in a tidy bow. When Peter’s point was made…sermon over.

6. Peter’s sermon was for his audience. This may seem obvious, but how many sermons have you heard in your life that seem to serve the ends of the preacher more than the congregation? This is not to say that self-centered sermons are necessarily selfish or self-serving. I think many preachers, lay and professional, honestly don’t know when their sermon is self-centered. Lay preachers, especially, may feel the need to jam into one sermon every good idea they’ve ever had. The sermon then becomes a tangle of disjointed and unrelated ideas. Some lay preachers use their sermons as a chance for them to work out their own ideas on a topic or question and spend thirty minutes answering a question that no one else is asking. The single worst lay sermon I ever heard was five years ago in a church I used to work in. It was so horrendous that my wife and I both still use it as a point of reference whenever we hear a lay sermon. The lay preacher began her sermon by telling the congregation why she and her family had joined the church several years earlier, but as she went on delving into her decision making process her sermon became an oral resume. The central point of her sermon (see #4 above) could be summed up as follows: I’m very smart, so joining this congregation was a smart decision, because I’m the one who made it. But here’s the rub. I came to know this woman better over the next three years and can tell you that she is not a particularly vain person. She simply had a very limited vision of her audience. She was her intended audience and she used her sermon to convince herself that she was in the right church.

7. Peter would go on to plant the seeds of the Church all over the Roman world, but here in his first sermon, freshly inspired by the Holy Spirit, he did not rise to rhetorical heights or share pithy anecdotes. He read scripture and told the people what he had seen. The sermon is elegant in its minimalism and simplicity. As the carousel of lay preachers spins around, many of us feel tempted to try something new, to share insights from the latest book we’ve read, or to craft a work worthy of Demosthenes. The very act of preaching is new enough for us lay people; keep it simple. Tell the good news as you’ve experienced it. That really is enough.

As the summer months roll on many of you will find yourselves sitting, like me, in a pew some Sunday morning bracing for yet another lay sermon. Some of you may even find yourselves bracing to give that sermon. Summer can be an odd season in churches, the kids are out of school, there are no big religious holidays, pews are more scarcely populated or populated by new faces as families travel and church shoppers drop in. Summer is also the season for ministers to take a few Sundays off for rest, recreation and refueling. So if you’re looking ahead in the bulletin or calendar and see that a lay preacher is scheduled for an upcoming Sunday, give that person a few words of encouragement and ask them what they are planning on speaking about. When their sermon is over, engage them on their topic at coffee hour or send them an e-mail that goes beyond, “Nice sermon.” And as a final word of advice, advice I make from a wealth of experience, make sure you have your Bible with you. If the sermon gets too bad, you can always turn to Acts 2 and read a good one.

Participate in a Survey! Do Religious Conservatives and Religious Liberals Think Differently?

Sin and the Big Spill

Power, Authority, and Abuse in the Church