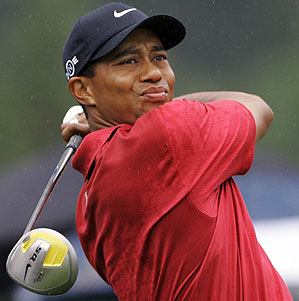 My text for today comes from the final season of NBC’s The West Wing. Specifically, I’m quoting from the character Arnie Vinnick, the progressive Republican Senator from California who is running for the Republican Presidential nomination.

“I don’t see how we can have a separation of church and state in this government if you have to pass a religious test to get in this government. And I want to warn everyone in the press and all the voters out there if you demand expressions of religious faith from politicians, you are just begging to be lied to. They won’t all lie to you but a lot of them will. And it will be the easiest lie they ever had to tell to get your votes. So, every day until the end of this campaign, I’ll answer any question anyone has on government, But if you have a question on religion, please go to church.” – Alan Alda playing California Republican Senator Arnold Vinick on The West Wing.

Well friends, that’s where we seem to be today. We have reached a point in our culture where we not only tolerate lies, we invite them. And this past holiday season we seemed to reach a new low: we actually began demanding the right to take an active roll in constructing the very lies that will be told to us.

But it isn’t what you think; I’m not talking about politicians.

As of the writing of this sentence, MASTERS.com, the official site of the U.S. Masters tournament, has yet to update its website to reflect the coming 2010 tournament dates – but as soon as the Super Bowl ends and the New England Patriots are again crowned champions (NUMBER 4 baby!!!) the sporting world will turn its attention to the big question of the Spring: Will he play or won’t he? April 5-11, 2010. Must see TV! [Regrettably I wrote this paragraph almost a month ago and jinxed the Pats. Sorry about that guys.]

I’m referring, of course, to Tiger Woods, the most talented man ever to take up a chipping wedge and test the “Amen Corner” at the famed Augusta National course in Georgia. Unless you’ve been camping in the Arctic since late November, you’ve no doubt heard about his dalliances and indiscretions. He is a fallen hero, a wounded icon, a billion dollar one-man sports industry/brand that is hemorrhaging money and sponsors. But lest we forget, he is also a man. Barely had the ink begun to dry on the initial sports columns condemning his behavior when the second wave of analysis and questions started: How might Tiger go about winning us back? So eager were the pundits and talk show hosts for a holiday story of collapse and comeback that they put the cart before the horse. For a time, everyone was a PR specialist, an armchair press secretary. How, we all seemed to be asking, should Tiger go about spinning this story and restoring his image? Should he appear on Oprah? Can he chat with Larry King? Should he be seen in public with a long face, or fly to Scandinavia and be photographed with his kids? How should he resuscitate his image in a convincing manner?

Why – and this question has nothing at all to do with Tiger himself – why were we all so eager to weave a collective narrative of redemption regardless of whether or not that narrative bore any resemblance to the truth? Are we so stupid or so cynical that we are no longer satisfied with being manipulated and lied to? Do we now demand that we be allowed to play a part in constructing the lie itself? Why are we begging to be lied to?

This may not seem to have much of anything to do with the questions and concern that drive us here at LiberalEvangelical.org, but I’m convinced that there is something important going on here and something well worth our time. It’s related to the kinds of tribalism that so frequently divide the church into Liberal and Conservative camps and prevent us from really hearing one another.

We are all talented intuitive lawyers!

I’m stealing this phrase from the work of Jonathan Haidt, a researcher on Moral Psychology whose ideas show up in both Lost in the Middle? and Found in the Middle! Haidt’s work on human moral development suggests that in small groups where cooperation and reciprocity are keys to group flourishing, the ability to pass on information about uncooperative and selfish people is extremely important. Without this talent for passing on relevant social information – we know it as gossip – people would never develop reputations. Without reputations we would not be efficient at recognizing freeloaders and our families, institutions, and societies would be ripe for exploitation by those looking for a free lunch – the proverbial wedding crashers. This is why, Haidt argues, we’ve evolved to enjoy gossip and take great pains not only to share with and cooperate with those who are close to us, but also to protect our own reputations as good neighbors and citizens. We are all talented armchair lawyers and skillful press secretaries because we have to be in order to protect our social position and reputation. We are not necessarily all that well behaved, but most of us are pretty good at offering post hoc explanations for why we did what we did. We are intuitive spin-doctors. We are adept at constructing a story – after the fact!–that explains why we acted as we did in such a way as to paint us in the best possible light.

Ha! Now we come to the reason for my delay in getting this blog posted. Just as I was polishing my argument another story broke. Big Mac, Mark McGwire, the man who along with Sammy Sosa saved Major League Baseball in the 1998, admitted to having used steroids during his record breaking career. Cue the tears, cue the shame – but most importantly, cue the excuses and post hoc explanations. McGwire tells the press that he took them in order to “stay on the field” and avoid injury. He constructs a story after the fact that seems to fit the facts, and it is telling that so many of us seem ready to do the same and capable of convincing even ourselves of the truth of these concoctions.

This is a complex point, and its import may be tough to grasp at first, but it may be easier to see if we sneak up on the idea from behind. So instead of illustrating what I mean by a skillful intuitive lawyer, allow me to illustrate by telling about a person without this skill: my three year old.

So, I ask him with anger in my voice, why did you draw on the couch? And he tearfully answers with complete honesty: I don’t know. He has not yet developed his P.R. skills. Instead he gives a truthful answer, he is not aware of his own motivations or reasons.

I’m sure that as he grows up he will develop that peculiar homo sapiens skill of inventing an explanation post hoc that paints his behavior in the best possible light. I wouldn’t even go so far as to suggest that these stories are necessarily conscious lies (Haidt’s research also suggests that they are not). Rather, he will become a fully socialized protector of his own reputation. Rule one for living in a society: try to treat others well. Rule two: if you can’t follow rule one, find a way of making others think that you do!

As per usual, I’ve managed to write nearly 1300 words and have yet to come to my point about Evangelicalism – so here it is. In this age of spin-doctors, press secretaries, blogs, tweets, texts, and the instant celebrity apology we’ve all become masters at the art of crafting a public persona and offering post hoc explanations of our behavior and the behavior of our allies. Shockingly, it seems that we’re so good at it, that we often convince even ourselves. We literally “buy our own press.” The danger here for Christians of all stripes but especially Evangelicals is that we end up creating a world in which we and our tribe are quite literally never wrong because we know exactly how to paint all of our behaviors as somehow noble.

There is an inverse relationship between our ability to deal with ourselves in an honest fashion and engage in honest introspection and our diametrically opposed power to construct and justify our bad acts after the fact. I raise this because I’m not sure how many of us are even capable any longer of taking an honest ethical inventory. How many of us can actually see ourselves as sinners? How many of us human beings, Christians, and Evangelicals can see the planks in our own eyes anymore? In this age of cell phone cameras and TMZ we’ve more than mastered the art of spotting motes in the eyes of others. But how many of us trust our PR reps to convince us time and again that our own follies are mere mistakes, minor slips, and errors in judgment.

If we can’t honestly admit a fault, can we honestly ask for forgiveness?

As public spectacles McGwire and Tiger are entertaining, but they are also cautionary tales. However, for me, the take home lesson does not pertain to their errors and dalliances, but rather to their apparent refusal and OUR REFUSAL to look sin and error in the face and name it for what it is. I want to be able to look my sin and my faults squarely in the face and resist the temptation to rewrite history in order to white wash my discretions away. No sin, no admission of sin, no forgiveness.

If we really want to do our fallen heroes a favor and if we really want to heal our churches, then perhaps the best thing we can do for them and for ourselves is to refuse to become complicit in post hoc explanation. We must become like little children and admit when we go wrong, that we do not always know why we did so.

Thy Kingdom Come, by Randall Balmer