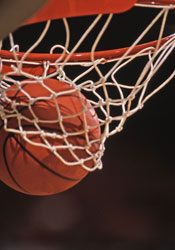 As a nation we are collectively in love with March Madness! It’s great fun, but I think it also provides us with some much needed clarity and simplicity. When the college football season ends, there is inevitable disappointment because we do not know with certainty that the BCSA championship teams were actually the best teams in the nation. We only know that they were deemed so by the powers that be. But by the end of the Final Four, we’ll know exactly who emerged victorious and we will be able to look back at our brackets and see the road they took to victory.

Would that our religious lives were thus!

Back in 1975 David Tracy came out with a book entitled, The Blessed Rage for Order. It is a famously difficult text to understand and set the bar for theological density, but beneath the difficult terminology and confounding philosophical nuances Tracy conveys a basic truth. Humanity longs for a world that is tidy, and this longing is reflected most deeply in our religious discourse.

I am reminded, once again, of the theological conclusions that my son draws. Last week from his car seat he uttered the following pronouncement. “Those guys who hurt Jesus, they were bad guys. We should get them.” Well, I guess he’s correct. Those who executed Jesus were, no doubt, “bad guys” and we might all wish to “get them” if we could. For a four year old his moral insight is accurate enough, so I leave it alone. But someday his mother and I will have to begin showing him how much more messy the real world is.

Let’s take as an example: “those guys who hurt Jesus.” Who were they? Were they the soldiers who preformed the actual execution, who drove the nails and stabbed his side? Gibson’s The Passion of the Christ is certainly willing to make this simple claim. It portrays the soldiers as sadists who enjoy inflicting pain for its own sake. My hunch is that this is too easy. I know many soldiers. Some joined up out of economic necessity, others out of a noble form of patriotism, still others out of family tradition. Can we not imagine that the soldiers who executed Jesus may have been simple men or even boys who had little choice but to follow orders or starve? It’s easier to imagine them as one-dimensional villains than as real people with complex motivations.

What about the religious and political leaders that ordered Jesus to be executed? Aren’t “those guys who hurt Jesus” simply “bad guys?” Again, Pilot and the Sanhedrin come off pretty badly in the Gospels but we hear their story only from the perspective of later Christians. Might their motivations have been rather more complex? Would they even have noticed this Jesus fellow? The town was crowded for Passover and where there were crowds of zealots there was always the possibility for religious problems or riots. In this context wouldn’t Jesus have seemed like just another rebel rouser? In this context I can imagine the leaders of the town dismissing Jesus’ case out of hand…they had more important things to worry about. Just get rid of the troublemaker for the sake of the greater good.

What I want to say to my son is, “Yes, the guys who hurt Jesus were bad guys, and if we could, we should get them.” But I can’t quite bring myself to say this because I know the question of who actually killed Jesus has no simple answer. If I were to couch my comments in theological parlance (never a good idea with a four year old) and answer him with brutal honesty, I’d have to say, “Well son, you killed Jesus, and I killed Jesus. We all killed Jesus with our sins, and it’s just too simple, neat, and tidy to put the blame for his pain and death on the heads of those who signed the orders and drove the nails.”

He thinks in terms of Spiderman, Batman, the Green Goblin and the Joker. There are clear good guys and bad guys. Rules are absolute: don’t touch the stove, don’t touch the knife, stay out of the road, share toys, take turns. These are the moral codes and symbols that are written on his age appropriate stone tablets. His moral universe is neat and tidy. Omi and Popi, Mommy and Daddy, and Ms. Michelle are “good guys” and the bad landlord at the daycare, like the “guys who killed Jesus” is a bad guy. I so wish that we could all have his self-confidence and moral certainty.

The problem, as many of us know, is that the world we live in is not so neat. Creation is fallen and our moral compasses are poorly tuned. Our desire for moral certainly remains, but it is a mistake to take the world as being a certain way simply because we want it to be that way. This strategy creates more problems than it solves. Nevertheless, this impulse to impose tidy but false moral interpretive categories on our messy world runs rampant. It is perhaps one of the key markers of Conservative religions in our pluralistic world.

How often do Conservatives speak as if they were the only ones with accurately calibrated moral compasses? They deride Liberals as weak and unwilling to call goodness “good” and to name evil “evil.” When Liberals objected to President Bush’s use of the phrase “axis of evil” to describe several nations, Conservatives opined that only they had the guts to name these nations for what they were. They were the brave ones!

I disagree. I think real courage comes from seeing the world as it is, not as we might wish it to be. Real courage entails opening oneself to the messy truth that calling some people or nations “good guys” and “bad guys” is always an oversimplification. And that commitment to the messiness of the world should be a marker of Liberalism. And for those of us Liberals who are also committed to the witness of Jesus Christ, we can demonstrate a courageous commitment to Christ as Liberal Evangelicals by working to see the world through Christ’s eyes, the messy gray world that God “so loved…that he gave his only begotten Son.”

So I’ll be rooting for Kentucky tonight and throughout the tournament as a proud son of the Bluegrass State, and I will savor the simple joy of investing emotionally in one team and viewing the competition as temporary villains. But all the while I’ll know that this good/bad, black/white, Kentucky/not-Kentucky view of the world is a guilty pleasure. I’ll take it for what it is and work to see the world beyond March Madness in all of its complexities.

Amateurism in the pulpit: reflections on this past Pentecost

Leaves from the Notebook of a Tamed Cynic, by Reinhold Niebuhr