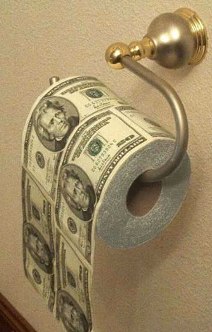 It’s truly amazing the trouble a little box can cause. The little box I’m thing looked like this symbol ⌂ and beside it was an innocuous word: outreach.

But oh Nelly the trouble that little box causes!

What an idea! Maybe we could increase giving to the church by giving folks the option of checking the outreach box. Then they would know that their funds were going to cover our church’s larger missions. It would help us support more ministries and missionaries!

We’ll return to the church budgetary process in a moment, but first a word from the NY Times. Headline: Health Bill Might Direct Tax Money to Abortion.

As the debate over healthcare reform stretches over the August break and into the autumn, a chorus of voices are beginning to ask about the possibility of federal funds being used to provide abortions. Current law prohibits such action, but if the entire healthcare system is rebuilt and more Americans get their care through the Federal government, it is unclear how this might influence all manner of women’s health procedures.

Predictably, activists on both sides are beginning to flex their rhetorical and financial muscles. However, the issue that interests me is the argument being made by abortion foes. Allow me to paraphrase: it’s bad enough that abortion is legal – do not dirty our hands by using our money (federal money) to pay for this horrific procedure. Many on the political Left might recognize this argument, since it was anti-war activists during the Vietnam era who popularized it. It became a badge of honor for some aging hippies (something I myself wouldn’t mind becoming someday) to have the IRS garner their wages, since they refused to pay taxes when those taxes were going to buy gun ships and ammunition. “Not with our money you don’t!” cried the hippies. “Not with our money you don’t!” argue twenty-first century anti-abortion activists. Ok. I’m not actually interested in writing about political strategy or budgetary concerns. I’m concerned about what happens when this kind of thinking enters our congregations. “Not with my money!” cry the congregants who don’t like the new Sunday school curriculum. “My tithes should go only to outreach!”

No one in the church’s leadership thought that this small change to the donation cards would open up a world of problems. Just add a little box – it’s harmless. No one realized that this would empower congregants to complain about how funds were allocated and work to circumvent the established process of budgeting. That molehill of a little box created a mountain of problems because a large portion of those who saw it felt that it entitled them to a say in how exactly “their funds” were spent.

Several points are worth making here. The first is procedural. Churches have charters or constitutions or boards (and this is required if they have tax-free status) that make decisions regarding the manner in which they spend their funds. These bodies are elected or appointed according to established rules. As a member or interested third party you should be able to see these rules for yourself, and if you can’t, ask yourself why that is. Luckily, in most Western democracies religious affiliation is optional. So if you don’t like or approve of the procedures that a church has for allocating funds, then you don’t have to join and you don’t have to contribute your funds. Thus far I don’t think we’ve covered anything controversial.

The challenge, however, comes when people stop voting with their feet and start trying to vote with their wallets.

A personal story: Let me begin by saying that, a full six years later, I’m still conflicted about the decision that I’m going to tell you about. We had belonged to a medium-sized Evangelical congregation for about three years. We loved the pastor. Had some friends in the church and were really beginning to feel at home and have a sense of purpose in that congregation. Then events outside of the church changed everything for us. The Massachusetts Supreme Court declared that gay and lesbians couples were legally entitled to marry under the Mass. Constitution and almost overnight the Bay State became one of the first areas where same sex couples could wed. In response, the tenor of many local churches changed. Some celebrated. Some mourned. Some rallied to oppose the change and work for a constitutional amendment to bar same sex couples from marrying. Admittedly, most of this went over my head at the time. I was working on a PhD and was not terribly committed to following larger church trends beyond my congregation. But when some outspoken members of our church began to organize, it caught my attention. Their message began to appear in the halls, at coffee hour and on flyers and it began to feel like our congregation was becoming a central hub in the fight to amend the State Constitution. Finally, something happened that caused us to leave that church. The board approved a donation from our congregation to an organization that was fighting to ban gay marriage. The organization had some innocent sounding name that I can’t quite remember – something like the Alliance to Save Mass. Families. After some consideration my wife and I decided that we could no longer support that congregation with our presence or our money. We shared with the pastor that our decision had nothing to do with his leadership. We still loved him and wished the church well, but we couldn’t support the political actions that the board was taking. We left.

What we could have done was say to our minister, “Look, we love 95% of what this church is doing. So how about we write our check and we’ll add a little proviso on the memo line – something like “THESE FUNDS ARE TO BE SPENT ONLY FOR PAYING CHURCH RENT AND SALARIES.” Of course he would have instantly seen the absurdity of that situation. To begin with, funds are fungible. So once the check is deposited there is no way of saying, “This dollar is from Linda and must not be spent on salaries, and this dollar is from Tyrone and must only go to paying the electric bill.” More importantly, such a piecemeal approach would make church life as a whole impossible. For one thing, who would ever want to be the one whose tithe went to buy the toilet paper or the roach traps? What a glorious contribution to the Kingdom of God! You just allowed us to put garbage bags in each of the Sunday school rooms – well done my good and faithful servant.

Congregations are like bananas. You can’t go into the market and buy only two thirds of a banana. You buy the whole thing or nothing. Yes, we can and should work within the process to change what we think is wrong. Run for the deacon board. Offer an amendment at the next congregational business meeting. Ask to see the books. There are lots of ways to get involved in fixing the problem that don’t devolve into petulance. One option we do not have is opting to keep our own hands clean by trying to circumvent the decision making process of the congregation. The Church and its constituent churches can be a messy business and none of us ought to think of ourselves as somehow above or beyond the process.

The Biblical image of the Church as the Body of Christ might be a helpful one here. It’s a whole – a bruised and batter whole to be sure but a whole. And even in our smaller and certainly imperfect congregations, we must strive to live and act as a whole. This means that we will have to give our time to some events that we don’t find personally fulfilling. This may mean that we have to sit through sermons and hymns that we don’t find inspirational or that we might even disagree with. This means that we will definitely have to help pay for the toilet paper and the sewage bill. And perhaps most importantly, it means that we will have to learn to live with the spending decisions that our fellow Christian congregants make and continue to give joyfully even as we wonder whether or not our church is spending wisely.

To this day I’m not entirely sure that we made the right decision when we left the church that I wrote about above. Maybe we were being a bit petulant. Maybe we should have stuck around and tried to change hearts and minds. Maybe we should have sucked it up and learned to live with the fact that our money wasn’t our money once it became the church’s money. But one thing I am certain of is that once the money belongs to the church, we have only those rights that others (rich and poor!) in the church have to say where it ought to go. That is both the cost and the gift of corporate life in the Body of Christ.

Who’s In and Who’s Out: Evangelicals at the Democratic Convention

Loonies on the Left, Wingnuts on the Right: Whose responsibility are they?