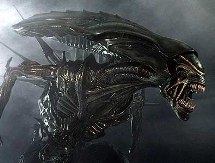 Last week I watched the new release Thor (2011), and this morning I awoke reflecting upon the “alien.” Over the years I have grown more and more frustrated with how, as a culture, we represent our engagement with “aliens.” And, now, I will finally put my ideas on electronic paper and submit them to the feedback of the generous and keen readers of Liberal Evangelical.

In Thor, we, the audience, are presented with the following story. Thor, the god of thunder, who is of the royal bloodline of the people of Asgard and who is next in line for the throne, leads a group of warrior friends to the home planet of a subjugated people called the Frost Giants. In the deep past, the Frost Giants had waged war against Earth and the people of Asgard came to the aid of humans. In this war, Oden, the Asgardian king and father of Thor, was victorious. He saved Earth and drove the Frost Giants back to their home planet, and in the process, the Asgardian army decimated the civilization of the Frost Giants and seized their power relic, i.e., their vitalizing totem. From then on, this relic was kept under guard by the Asgardians. Through treachery, the Frost Giants make an attempt to regain their relic, and their failed attempt inspires Thor to launch “aggressive negotiations” against them in order to reassert Asgardian power. Oden, being displeased with Thor’s actions banishes him to Earth, and the story of Thor’s redemption unfolds from there.

Here is a short list of observations that struck my mind while reflecting on the film:

-In appearance, the Asgardians are basically “human,” yet clearly superior to human beings both physically and technologically. They appear to possess an innately noble character, and they have an affinity, if not a paternalistic, feeling for humanity. Wisdom, courage, and justice seem to be their virtues.

By human terms, the Frost Giants live on an uninhabitable planet. Ice is their world and their weapon. They are a very tall people, lean, almost gaunt, steel blue in color, and have flaming red eyes. Furthermore, the Frost Giants appear to be aggressive by nature, hence, their expansionist tendencies.

So, here is my question? Why is it that we, as a culture, frequently represent “aliens” as violent and nearly malevolent toward humanity? (Sure, in this case, the Asgardians may be considered “alien,” but their striking resemblance to Western characteristics seems to remove them from this category.) For sure, biologically and socially, “we” are constituted toward constructing us-them categories that we then saturate with feelings of fear and anxiety; and, yes, historically, humans have engaged the “alien,” the “other,” with fear, angst, and violence; and, most likely, through film we are expressing our archetypal fear of the “other”; but, I still ask, is it necessary that we represent the “alien,” the “alien” who looks and acts differently than “us,” as hostile toward us? Even though we are primed to generate and practice us-them dynamics, must we refine and hone these characteristics?

Instead, may it be possible for us to create new narratives of the “alien?” Instead of the “alien” approaching “us”with a de facto aggressive disposition, is it not possible for us to contemplate an “alien” who may also be experiencing fear and anxiety toward “us,” their “other,” their “alien?” Is it not possible to envision an “alien” who engages us with caution and a willingness to establish dialogue? Could we not write narratives that present “us” as overcoming our fear and anxiety of the “alien” by means of courage, understanding, openness, and empathy instead of violence? Are we incapable of shaping narratives that promote communion with the “alien” instead of annihilation of the “alien?” Are we incapable of switching positions in order to realize that we, too, are “alien” to somebody else?

I believe we are capable of such feats. And, here is some of my evidence. First, each of us is surrounded by “aliens.” The category of “alien” is a matter of degree. My neighbor may be “alien” to me. A family three blocks away may be as well. People in the next town and city, next state, neighboring countries, nations across the globe – all aliens. Populations of other planets and other solar systems, if they exist, are aliens. Yet, in my day to day activities, I am consistently able to overcome my fear and anxiety toward many of these “aliens.” When I ride mass transit, am I afraid that another rider will act violently toward me? When I go to a movie theater, do I prepare for confrontation? When I mow my lawn, am I afraid that my neighbor down the street will launch an attack against me? When I am having lunch at a sandwich shop, do I worry about the “aliens” around me? It appears that we may also be primed for peacefully navigating the distance between “us” and “them.”

Maybe it is a question of what modes of being, what skills, what fears we practice and refine. And, when we come to realize that we, ourselves, down to our very veins, are “alien” for others, maybe instead of fostering fear, we may train courage and openness.