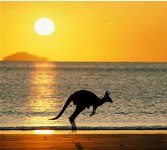 Lost in the Middle? and Found in the Middle! are the cooperative works of Wesley J. Wildman and Stephen Chapin Garner. Wesley Wildman is Associate Professor of Theology and Ethics at Boston University, and he is an ordained minister in the Uniting Church of Australia. Chapin Garner pastors the United Church of Christ Congregational Church in Norwell, Massachusetts, and he is also a graduate of Boston University, School of Theology. Wildman and Garner are the co-founders of Liberalevangelical.org, and they wrote these two books as resources for liberal-evangelical Christians.

In his article “Liberal and Evangelical: A Neglected Path” Irvine provides a crisp summary of both Lost in the Middle? and Found in the Middle!.

Lost in the Middle? discusses five questions that are vitally important for modern Christianity. The answers to these questions shape one’s worldview, that is, the way one sees the world, and they significantly determine doctrine. The five questions revolve around:

Liberals and conservatives present different answers to these questions. Lying behind their divergent responses are very real disagreements about “views on reality, authority, history, morality, and the church.” Moderate liberal-evangelicals genuinely wrestle with these complicated questions, but believe that divergent answers should not undermine Christian unity. Instead, moderates seek to foster Christian love and desire to be “Christ-centered, radically inclusive” communities. Given the commitment to love and radical inclusiveness differences are openly discussed, but are no longer grounds for breaking communion.

Irvine feels that “moderates have their work cut out for them if they want to come together,” but he compliments Lost in the Middle? for identifying and describing the misrepresentations that moderate have been subjected to by their extreme wings. This act of clarification is “a good start” toward the goal of community.

Irvine opens his review of Found in the Middle! with the following assessment: “A great value of this book is that the authors do not downplay the difficulty of forging liberal-evangelical faith and community.” In Found in the Middle! Wildman and Garner present “a humble theology, an intelligible gospel message, a compelling view of church unity, and radical ethics” in a manner that Irvine describes as “real and encouraging.”

The humility inspiring the theology put forth in Found in the Middle! is drawn from the realization that “we are in the grip of a God beyond our grasp.” Our conceptions of God eventually fissure, but the faith that can be expressed should be “the truest, the one that transforms most deeply, and the one that inspires faithful action most consistently.”

In terms of doctrines, liberal-evangelicals work to strike a balance between conservation of traditional perspectives and openness to progressive insights. They understand that a plurality of doctrinal viewpoints have been taken on primary issues, for example, atonement theories, throughout the history of Christianity. Amidst doctrinal diversity, liberal-evangelicals “find unity in striving to fulfil[l] Christ’s commandment to love one another.” Living into this grand commission encompasses all aspects of one’s life and “demands perseverance, humility, [and] empathy.”

Wildman and Garner acknowledge that radical inclusiveness will not suit every Christian, but embracing a liberal-evangelical faith that “announces God’s story of good news in Jesus Christ” is “an undeniably authentic Christian way.”

Looking Behind the Sale