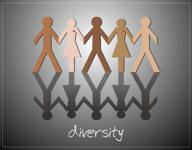 Difference is about us at every turn. You may be tall; I may be short. You may enjoy reading books; I may enjoy watching movies. You may value urban life; I may cherish country living. You may call for lower taxes; I may vote for an increase. You may be a vegetarian; I may be a carnivore. You may be heterosexual; I may be homosexual. You may pray to the Christian God; I may pray to Allah. Differences in lifestyles, tastes, and values are ubiquitous. And, when considering differences of values on the level of nation states, one must seriously consider how differences are going to be negotiated by means of public policy.

On Saturday, February 5th, the Prime Minister of England, David Cameron, addressed a security conference in Munich on the topic of multiculturalism within nation states. During his speech, Cameron called for a change in the way Britain and other Western countries incorporate populations that have values that diverge from the mainstream. He indicated that “under the doctrine of state multiculturalism, we have encouraged different cultures to live separate lives, apart from each other and the mainstream,” but, according to Cameron, this approach has failed. Instead of promoting social stability, this doctrine has allowed sectors of the population to segregate and behave “in ways that run completely counter to our values.” As a result, Cameron asserts, “This leaves some young Muslims feeling rootless” and, consequently, “vulnerable to radicalisation.”

Cameron claims that policies aimed at intentionally assimilating divergent populations into the mainstream would be more conducive to stability. It is time, he feels, for a firm message to be sent to segregated sectors: “life in Britain revolves around certain key values such as freedom of speech, equal rights and the rule of law.” To make his point more direct, the Prime Minister compared the “passively tolerant” society to the “genuinely liberal” society. The passively tolerant society “stands neutral between different values” while, in contrast, the genuinely liberal society “does much more. It believes in certain values and actively promotes them.” From Cameron’s perspective, Britain must embody an “active, muscular liberalism.”

“We have failed to provide a vision of society to which they feel they want to belong,” he said. And through an assertive, muscular approach Cameron believes that the divergent values of segregated communities can be brought into alignment with mainstream values thereby securing stability for all.

So, how should governments manage cultural diversity within their populations? What are the most effective policies for promoting social cohesion and security? Should aspects of individual or communal freedom restricted in order to promote safety? Is the use of propaganda appropriate for instilling select values in the population? For that matter, who selects and guards the “mainstream” values in the first place? Clearly, attempting to balance the determined values of people within a nation state is an extremely complex task. However, in these situations, it appears that the “process” may be just as important as the “outcomes.” And, in terms of process, Liberal Evangelicals are quite adept, and their historically grounded methods are worth investigating. LE’s carefully navigate differences since they seek to humanize those holding divergent views and values; they listen intently in order to recognize the true points of difference; they perceive that negotiating difference is a fertile enterprise; and, LE’s refrain from polarization so that truly efficient, effective, and prosperous paths may be discovered. Practices like these, which are fueled by compassion for self and others, are, surely, fecund resources for governing bodies to engage and draw upon.

To read the Reuterâ’s article “Multiculturalism has ‘failed in UK'” in full, please click here.

Thank God for that/for we are “not all like that,”