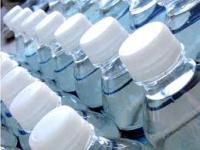 Have a minute for a little experiment? Let’s assume the answer is “Yes”; O.K., let’s begin. First, take a glance at your desk. Now, take a second, walk down the corridor and sneak a quick peek at the desks of your colleagues. And then, swing by the vending machines on the way back to your desk. With the observation process of the experiment completed, now let’s turn to the calculation phase. Close your eyes and count how many water bottles you saw on your desk and on the desks of your co-workers. Now, count the number of water coolers you passed by. In addition, count how many of the vending machines dispense water. With these figures in hand, add them together for the final sum. Having reached the final phase of the experiment, that is, reflection on the findings, what do the findings disclose? Are you surprised at how many or how few bottles you spied? How about the plentitude or scarcity of sources for water in general? Any surprises here? And, what about the vending machines, does it strike you as normal or odd that people pay for water? Now imagine that the final sum was severely, drastically reduced, and like the zesty jingle peddling chocolate and mint bars asks, ask yourself, “What would you do for a” … drop of water?

In the October 8th issue of Newsweek writer Jeneen Interlandi not only asks such a question, but draws attention to situations where the question is being answered. In her article, “The New Oil: Should Private Companies Control Our most Precious Resource?” Interlandi brings to the forefront the escalating issue of water scarcity. Describing the state of the problem, Interlandi writes, “Everyone agrees that we are in the midst of a global freshwater crisis. Around the world, rivers, lakes, and aquifers are dwindling faster than Mother Nature can possibly replenish them; industrial and household chemicals are rapidly polluting what’s left. Goldman Sachs estimates that global water consumption is doubling every 20 years, and the United Nations expects demand to outstrip supply by more than 30 percent come 2040.”

Demand outstripping supply, although providing a useful framework for conceiving the problem, fails to capture key details surrounding water scarcity. Scarcity is currently not a global scarcity for some areas of the globe are rich with water while others are poor. Canada, Russia, and the United States have deep pockets where water is concerned while China and many countries in the Middle East have water deficits, but deep monetary reserves. For the countries with strong economies the problem can be ameliorated by importing water, but for countries with precarious economies, solutions are not as apparent.

The chief question facing world leaders now is, “How is this problem rectified?” According to the United Nations, water is a basic human right. Every human being clearly needs water to survive. And, water, unlike other resources, is not optional. One can reduce or eliminate one’s use of other resources, but in respect to water, there are thresholds that cannot be safely crossed. Yet, under current economic practices, water is being disproportionately distributed. Those with cash can gain access to water, while those without cash face drought.

Solutions to the water problem raise the debate between public and private ownership. For most of human history “water has been a public resource under public domain,” cites attorney James Olson. However, in our contemporary period where governments are facing financial strain and collapsing infrastructure the pressure to privatize has increased significantly. [Privatization meaning the transfer of control or ownership of public resources to private (or publically traded) corporations.]

Advocates for privatization believe that the “invisible hand” of the market will restore the balance between supply and demand. As scarcity increases the price of water, consumers will conserve water and therefore supply will harmonize with demand. However, studies have shown that privatization fails to deliver on its promises. In support of this claim, Interlandi writes, “Dozens of studies have found that even with steep rate hikes, consumers tend to reduce water consumption by only a little, and that even in the worst cases, the crunch is disproportionately shouldered by the poor. In the string of droughts that plagued California during the 1980s, for example, doubling the price of water drove household consumption down by a third, but households earning less than $20,000 cut their consumption by half, while households earning more than $100,000 reduced use by only 10 percent.” Speaking pointedly on the potential moral costs of privatizing water, Interlandi observes, “By definition, a commodity is sold to the highest bidder, not the customer with the most compelling moral claim.”

For the Liberal Evangelical, Interlandi’s article is a fecund source of information. It raises awareness of the current and pending water crisis; it prompts reflection on the cost and benefits of the privatization model; it poses a moral challenge; and, it inspires action. Being in a country that stands to benefit economically and politically from water shortages around the globe, her piece may serve to encourage us to become more informed about the issues and the stakes and to speak and to act in ways that align with our values and vision for the world.

To read “The New Oil: Should Private Companies Control Our most Precious Resource?” in its entirety please click here.