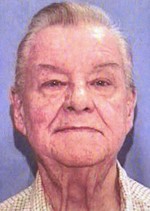 Recent events raise the question as to whether or not right wing extremism is gaining momentum in the U.S.

Days ago, James von Brunn (pictured at right) killed a security guard in the U.S. Holocaust Museum. Not long before that, late term abortion provider Dr. George Tiller was shot at church. Further, a group of “skinheads” in Wichita have been accused of plotting to assassinate President Obama. These incidents featuring right-wing extremists appear to be unrelated. But are appearances deceiving? Could heated conservative rhetoric be fanning the flames of the rage driving these incidents?

NPR’s Talk of the Nation with Neal Conan recently discussed this question. Conan interviewed Kathleen Parker (syndicated columnist for the Washington Post Writers Group) and Jamie Kirchick (assistant editor of New Republic and author of “The Religious Right Didn’t Kill George Tiller” for the Wall Street Journal), among other pieces. Parker and Kirchick have quite different points of view on the question.

Conan’s leading question is whether these recent incidents are isolated, or an indication of the “beginning of a wave of violence by right-wing extremists.” “Some commentators wonder whether fiery conservative rhetoric fans the flames,” says Conan. But he also wonders whether too much is being made of these incidents.

Kathleen Parker worries that we can “overplay our response” to these incidents, and even encourage them by creating an “image of something going on” that may not be “completely accurate.” She thinks it is important to keep in mind that “there are crazy people of all stripes,” both “right and left.”

However, Parker notes that there are situations that legitimately call for alarm. For this reason she thinks government investigations into such matters are warranted – as for example in the recent report of the Department of Homeland Security (DHS) which warned of a rise in right-wing extremism.

Jamie Kirchick argued that the reaction to the DHS report was an “overreaction.” Kirchick complains that people “on the left” are taking “isolated incidents” of right-wing extremists and “trying to tar the entire conservative movement” by blaming the conservative wing for these incidents. He doesn’t see any reason to connect these incidents to a broader political movement, “other than a partisan political one.” He agrees that “red flags” should be investigated by the U.S. government, but the recent DHS’s “attack on veterans was uncalled for.”

Regarding the killing of Dr. Tiller, Conan pointedly asked his guests: “But the right-wing rhetoric does bear responsibility, doesn’t it?” By this rhetoric, Dr. Tiller was “identified as a mass murderer.” Further, right-wing extremists have stated that “America must do something about this.” Conan continued, “Is there any responsibility for people on the right who railed against the abortion doctors – published their names and addresses on websites and subsequently somebody gets killed?”

Parker thinks we should place blame only on the persons committing the crimes. However, she also noted, “If I were the person who had actually been railing against Dr. Tiller in the terms used against him, I would feel morally compromised. There are ways to protest without – this high pitched hysteria we often hear.”

Parker cited one such example of such high pitched hysteria in Bill O’Reilly’s recent interview of Joan Walsh. “It was phenomenally awful,” said Parker. “Joan Walsh could not get a word in edge-wise. She is not a crazy person, she is not evil, she happens to have a very strong pro-choice position [which] she is able to express in a calm way. You can disagree with [Walsh’s position], but Mr. O’Reilly was almost in a rage – he was yelling at her. So, by doing that I think he has a responsibility. What he is doing is validating rage to those people out there watching; who admire him and look up to him and think, ‘well gosh, if O’Reilly feels that way than I feel that way.’ We have to all dial it back – these are very emotionally charged polarizing issues and if we don’t learn to talk about them sanely and calmly [then] this level of rage and anger will continue to grow.”

The discussion with listeners calling in to the program took over before Kirchick had a chance to speak to the rhetoric issue. Overall, the program suggested that the question of the role of public and religious rhetoric in inspiring or rationalizing right-wing extremism remains intriguingly and perhaps disturbingly open.

The DHS report on right-wing extremism

Both Bases Worry as the Status Quo on Abortion Shifts