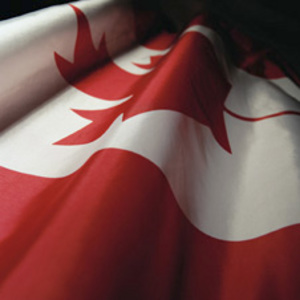 Canadian voting habits and party loyalties are often confusing for observers from the United States. Liberals, Conservatives, National Democrats, Greens, and Bloc Quebecois all compete for votes and work to shape the Canadian agenda. Quebec, as one of the larger provinces, has considerable influence but is also linguistically and culturally unique. Meanwhile, there are considerable geographical and economic distinctions between the Maritime Provinces on the Atlantic and the Western Provinces west of Ontario, Canada’s most populous province. In this diverse country one of the most dependable trends has always been the tendency for Catholics to support the Liberals and Protestants to support the the Conservatives. However, in recent years this trend is disappearing as Evangelical Protestants grow in numbers and move to challenge the cultural hegemony of the established Protestant churches like the Anglicans and United Church of Canada.

A recent article in the National Post cites a study done at Wilfrid Laurier University showing that once dependable voting trends are breaking down. Catholics used to dependably support the Liberals as did urban dwellers. Protestants and rural voters were traditionally reliable supporters of the Conservatives. The study suggests that regional differences continue to play an important role, but religious affiliation is becoming a much less important predictor of voting habits. In part, this suggests to Dr. Barry Kay, a political science professor at Wilfrid Laurier University that a new trend is making itself felt. “What we are seeing in regard to Protestants is that not all Protestants are alike. There’s been this kind of blurring of distinctions between them and it’s been expedient or convenient to lump all Protestants together.”

The most relevant intra-Protestant distinction seems to be that between the established churches and the newer Evangelical Christians. Anglicans and United Church of Canada members are voting more and more like Catholics, but the Conservative party is picking up support from Evangelicals and Lutherans in order to remain strong. Noting their newfound importance in national politics Canadian Evangelicals are organizing to effect change. It is unclear, however, what the growing influence of the Evangelical voter in Canadian elections will mean in Canada’s multi-party political system.

New Nominee, Old Question: Can we find a Liberal-Evangelical response?