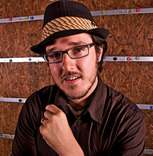 There might be a real line between appearing at a political convention and endorsing the candidate it nominates, but for Cameron Strang it is too fine of a line for him to risk crossing. Originally scheduled to offer a benediction, Strang has pulled out citing concerns that his prayer might be perceived as tacit support for the candidacy of Sen. Obama. Who is Cameron Strang? He is the editor of RelevantMagazine.com and a leading voice among progressive evangelicals. Strang is out, but who’s in?

Joel Hunter is in. Hunter, one time president of the Christian Coalition and pastor of Northland Church in central Florida, is scheduled to offer a benediction. With the publication of his recent book, A New Kind of Conservative, Hunter has worked to draw evangelical attention to justice and compassion issues that have traditionally fallen outside of the sphere of concern of conservative Christians.

Donald Miller is in. Miller, cutting edge evangelical speaker and author of several books, most famously Blue Like Jazz: nonreligious thoughts on Christian spirituality, is scheduled to replace his friend Cameron Strang. Miller is less reticent about endorsing Obama, but recognizes that many evangelicals are struggling with their decision.

The Democrats have scheduled several events at their convention designed to appeal to evangelicals, and despite his withdrawal from the platform Cameron Strang still plans of attending and participating in the convention.

Newsweek article on Strang’s decision to back out of the convention.

St. Augustine was a Jackass

Jesse Jackson on Haiti: Past, Present, and Future