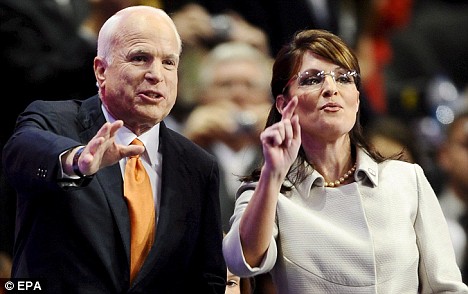 When the original Peter, Paul and Mary and the rest of the gang gathered in Jerusalem sometime in the decades immediately following the ministry of Jesus Christ we know that there was tension. We know that there were different factions within the Jesus movement advocating for either the inclusion or exclusion of the gentiles from the community of Jesus’ followers. We know there were social, political and perhaps even economic pressures placed on the leaders of the movement. But most importantly, we know that the moderates won! We know that Paul and his colleagues who stood for the position of tolerance and moderation refused to capitulate to the extremists among those gathered at the “First Church Council.” Paul refused to “energize the base,” he refused to give the conservatives, who sought to hold the line against the influx of gentiles, a victory in order to curry favor, and thus he helped the early church to win the empire and secure its future. Thank God for Paul, the first Christian maverick!

Again this week I spent my evenings in front of the computer streaming the speeches on CNN.com and correlating syllabi and handouts for upcoming classes. Again I watched a litany of familiar faces and preliminary also-rans take their turns on the dais bashing the other guy. “Some people use “change” to advance their careers, while others use their careers to advance change.” “You know the difference between a pit bull and a hockey mom?…lipsitck!” And the prize for the worst line of the week, chanted by the gathered throngs of GOP faithful: “Drill baby drill! Drill baby drill!” I watched it all and despite my liberal leanings I find it hard to be really offended by the Republican rhetoric any more than I was by the Democratic cracks at John McCain.

As I wrote last week, there are only so many things that politicians can do at these conventions, only so many strategies for garnering support, generating group cohesion, and creating an enthusiastic following. The Dems did them as did the Republicans, and try as I might I just can’t find it in myself to be all that horrified by what I heard coming out of the twin cities in Minnesota this week. But here’s the thing, I’m not sure I should be all that emotional or upset.

As I see things, the political chessboard is now arranged in a fashion that isn’t terribly worrisome. We have two major party candidates, both of whom are relative centrists. Democrats try to depict McCain as Bush II and Republicans try to depict Obama as a Carter/Kerry/Jackson hybrid, but these caricatures seem to be a stretch. McCain is not a right winger and Obama is not a left winger. They’re both relatively moderate. So we should, I think, rejoice as moderates that the gravitational pull of the political center is being felt in this election cycle. We should be excited that rational centrist discourse is a real possibility and both parties are at least giving serious lip service to bipartisanship. I mean when was the last time that two Presidential candidates actually got into a fight about who was better at “reaching across the aisle?”

Why then do the electoral seas seem to be so rocky? Why all the nervous tension? I think there is genuine worry among the party faithful i.e. activists on both sides, that Obama may not be liberal enough and that McCain may not be conservative enough and that by advancing these relative moderates as party champions we are risking the stability of the balance of entrenched powers. My question going into these conventions was, who would blink first? Who would be the first to throw a bone to their base and shore up their end of the political spectrum? I think Palin was an obvious capitulation to the conservatives – the very conservatives who McCain has had to fight for decades but whose votes he now desperately needs. However, I’m not sure that Biden wasn’t also a bid to shore up the union and Roman Catholic vote.

Just as we seem to be on the verge of creating a moderate consensus in this country we flinch. As soon as we have the promised land of tolerance and consensus building in sight we give in and fall back on the strategy of “energizing the base” in large part because it isn’t enough that we finally govern from the middle, we want to be sure that it is WE who govern from the middle. Each side wants the middle, but it wants to bring its own shock troops along, forgetting that it is these troops that so often shock the moderates and frighten the center.

Just once, I wish that someone would energize the base of the country and stop worrying about energizing the base of the party! There is a large, broad swath of moderate, tolerant, live-and-let-live types in the middle who are waiting for a champion. I’m not sure we’ll have one in 2008.

As I’ve written before, I’m not much of a political blogger. I don’t have the training, the interest, or the connections to be one. But as a liberal evangelical Christian I am concerned with the basic social dynamics that effect out congregations, and we can learn a great deal about these by observing our politics.

McCain probably wanted to choose Liebermann as his running mate. They are close friends. They trust one another and share a deep devotion to protecting this country. They are both centrists – so much so that Liebermann left the Democrats to become an independent and McCain flirted with running on the Democratic ticket in 2004 with Senator Kerry. But McCain couldn’t choose Liebermann because his own party threatened to revolt and ruin his chances in the general election. We the moderates never got a chance to register our opinion. Instead, the “base” of the Republican party forced McCain’s hand and he chose a self-described conservative pit bull with lipstick – Pat Buchanan with a ponytail. The base won, and everyone else lost.

How familiar is this social dynamic to the countless evangelicals who struggle to be ordained or to teach in denominations and seminaries that are held captive to the narrow vision of conservative fundamentalists? How many evangelical Christians have been passed over for leadership roles because the evangelical base, those most willing to insist on word for word biblical literalism, has sabotaged their careers/candidacies? And on the other end of the spectrum, how many liberal Christians have been overlooked or pushed out of liberal denominations and churches because they look or feel too evangelical, enjoy praise and worship music, and talk too much about Jesus?

In denominations and congregations across this country the same basic dynamic that forced McCain to give into the conservatives is forcing some of our best and brightest young people to steer clear of the ministry because they see it as a place where moderates are unwelcome and new ideas go to die. How many ministers preach bland sermons because the fear the ire that might rain down on them from the hard line liberals or hard line conservatives if they were to talk too much or too little about Jesus, too much or too little about historical scholarship and the Bible. How many hiring committees skip over the charismatic applicant because the old line insists on literalists? Worst of all, how many people walk out the church doors never to return because someone in the sanctuary or at coffee hour laid down the party line in no uncertain terms and so preserved the purity of the clan for yet another week?

I may not have voted for a McCain/Liebermann ticket, but I sure would have given it a close look. I would have applauded the bold move toward moderation. I would have nodded my head in agreement when pundits called McCain a maverick instead of tuning them out for spouting worn out cliches. Most of all, I would have taken heart that someone had finally spit some mud in the eye of the intolerant “base” and told them that there were more important priorities than energizing them.

And maybe in one or two congregations across our country a minister or deacon or Sunday school teacher or seminary professor would have been inspired to risk ignoring their own “base” and risked saying to the gentiles, the non-literalists, the evangelicals, the liberals, the moderates, those who are different, those who are tolerant: come on in. Maybe they might have spoken along with Paul and said “Enough! It’s time to welcome them in.”

Jesse Jackson on Haiti: Past, Present, and Future

The Dialects of Secularization, by Jürgen Habermas and Joseph Ratzinger