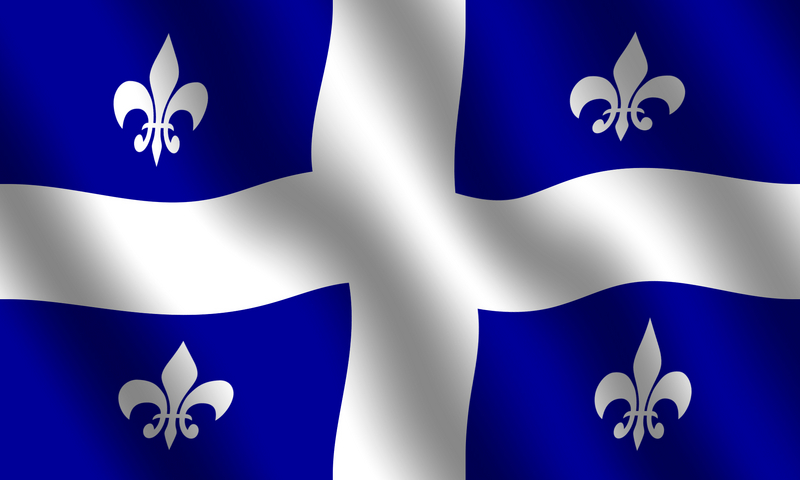 There are peculiar stories/myths about the great philosopher Baruch Spinoza leaving Judaism. Instead of simply drifting away, he respected the tradition enough to participate in a ceremony that removed him from the community. Members of his synagogue ritually stepped over him as he lay prone, thus removing him from the community. There aren’t a lot of religious rituals designed for helping people to transition out of a group. For every million Bar Mitzvahs, Baptisms and Upanayanas there might be only one or two excommunications. This imbalance may stem from the simple fact that most people who no longer want to belong to a tradition, do not find that tradition compelling enough to feel the need to participate in a ceremony that formally severs ties. (Violent breakups only occur when we still feel something toward the person we’re dumping, or the person dumping us!)

This past week an article in Canada’s National Post caught my eye and got me thinking about the ways in which so many of us leave churches. The article calls attention to a recent up tick in official apostasy requests being submitted to the Bishops’ offices in Montreal and Quebec City. It seems that the pope’s recent comments contributing to the AIDS problem in Africa so infuriated many Quebec Catholics that they are filing formal letters of renunciation. In other words, they are asking to be declared apostates in the eyes of Rome. Gone are the days when being declared an apostate in Quebec or Europe was almost a death sentence, so the requests are largely formalities. But even so, I can’t help but wonder whether non-Catholic Evangelicals might not learn something here.

It is so easy for Protestants to become self-congratulatory regarding the Catholic Church. It was practically bred into me growing up Pentecostal in the Bible-belt: “Catholics are just barely Christians since they kind of worship and pray to the pope.” But as I grew in faith and began to read about the tradition and study our Christian heritage I gained a tremendous – though at first begrudging – respect for the Roman Catholic tradition. For those of you who stop paying mind to the Catholic tradition around about 1520, take another look.

One of the things that struck and still strikes me is the great good that can come from big traditions with lots of resources and institutional memory. The Roman Church can exert enormous pressure to do real good in the world when it puts its full weight behind a project. It is an amazing voice for human rights, for interfaith dialogue, and for non-violence. Of course many of the same things that make it so effective (size, tradition, influence, money) can also lead to abuses and corruption. The takeaway for me, after having spent considerable time in graduate school looking at nineteenth and twentieth century Roman Catholicism, was to note that the Roman Church fails for the same reasons and to just about the same degree as to other Christian institutions that are run by sinful people; which is to say, far too often and for well documented reasons. But because of their sheer size and institutional potency, their failures loom large and make headlines. Honest Evangelical and Protestants of all kinds know that the same challenges and sins plague our churches.

The point that I think it worth recognizing here is that, despite the knee-jerk anti-institutionalism (if not outright anti-intellectualism) that seems to course through Evangelical Protestant veins, big institutions can sometimes be good things. And Evangelicals ought to know enough to recognize this. We love big churches and big sanctuaries and big worship bands and big tent revivals when they belong to us. When the big institutions are our big institutions we see size and growth as signs of divine blessing. So big isn’t always bad.

This ambivalence about large institutions is doubly powerful for Liberal-Evangelical Christians. Our Liberalism makes us treasure our liberties and hence fear the encroaching tentacles of big intuitions, be they church boards, government bodies, or economic powers. We treasure our individual rights of choice and do not want to hand our personal agency over to the collective. On the other hand, our Evangelicalism often fits hand-in-glove with a kind of pragmatism that leads us to appreciate “whatever works.” Because so many of our Evangelical forbearers were often poor, frequently landless, without title, and lacking formal education, we tend not to abide by tradition for tradition’s sake. There is nothing wrong with new means, if they are better at getting us to the same ends. Sharing the Gospel is the overriding concern. The old ways be damned if the new way is better at “gett’n em saved!” If big churches and big intuitions can get the word out more efficiently and hasten the day when every ear will have an opportunity of hearing Jesus’s good news, then by God let’s have big institutions.

At least that’s my diagnosis of why so many Liberal-Evangelicals can’t quite decide what they think of the Catholic Church and how they feel about big institutions. But – and here is the payoff – I think this ambivalence creates real problems for many of us when it comes time for us to leave a congregation or organization. It seems to me that two strategies predominate – two breaking-up strategies that mirror with eerie accuracy the ways in which I so frequently ended up “flying solo” to college parties: 1) The passionate split with abundant recriminations and 2) the slow slide into disinterest and alienation. I was good at neither, but in all honesty it’s easier to break up with a woman (ok, let’s just pretend for the time being that that is what happened) than a church.

When a vote doesn’t go our way or a new music pastor refuses to play the “right” kind of music, Liberal-Evangelicals can storm off with a ready made excuse: “I never really liked the idea of a (big, multi-racial, neo-evangelical, charismatic, liberal, conservative, multi-cultural, pretty much any adjective will do) church anyway.” We reject the institution as inherently flawed. “How did I stay there as long as I did?” We wonder why we didn’t see it before. But the things we rant about and use as “reasons” for leaving were probably always there – they are there in every institution built and maintained by sinful people. The proverbial “straw that broke the camel’s back” is usually a personal slight or a perceived attack on our individual liberty. “I just can’t belong to a church where the pastor refuses to hear me.” Our anti-institutional impulses bubble up and provide ready fodder for the recrimination and blame machine because Liberals of all stripes (and most Protestants are Liberals in this broader usage of the term) tend to protect our prerogatives.

Personally, I’ve never had such a breakup with a church. I’ve always taken the coward’s way out, a way that I honed throughout high school and college. This strategy involves slowly losing interest and drifting away without ever having the guts to raise the issue and make a definitive break. This is a terribly inefficient strategy for breaking up with another person because it inevitably leads to the horrifying question; “So, are we even still a couple?” How does one answer that? “Yes we’re a couple, but we’re the kind of couple that doesn’t need to spend a lot of time together.” Or “No we’re not a couple, did you think we were?” I don’t recommend either response.

But that is exactly how many of us leave churches because and when they “stop working” for us, we just kind of stop going. When you want an excuse to miss church, there are plenty of them all around. They are actually easiest to locate when you’re in seminary or divinity school because “I just spent all week studying the Bible, I think I can take a Sunday off.” And so the occasional missed Sunday turns into two or three in a row, until one day someone at church asks, “Hey where have you been?” And then you don’t want to go to that church because “everyone there is so in your business.” And that’s it. It takes a long while for the break up to be complete because you’re still on the mailing list and you get all the e-mails, but unless someone asks, “Where do you go to church?” you don’t really think much about that place and those people. Maybe the pastor calls you up and asks “Hey are we still a couple?” but many pastors are so swamped with people who are interested or new members that they don’t think to worry about the ones who are slowly disappearing until they’re really gone. Many of us have been there – the church stopped “working for us” for whatever reason and so we broke up with it so slowly and with so little fanfare that we never thought to get our CDs back.

You know I’m trying to be light-hearted and funny about all of this, but that last paragraph was actually pretty hard to write because it’s true. I sometimes wish I could have had a big, ugly, knock-down, drag-out fight with some of my past churches because I think that might have hurt less in the long run. It probably would feel better to be able to look back and feel justifiably aggrieved. Instead I just feel “bleh.” And “bleh” is horribly unsatisfying.

There has to be a better way of breaking up with our churches! There has to be an intelligent Liberal-Evangelical strategy for parting ways without the scapegoating and without the “bleh.” I’m not sure we should waste our time looking for the church analogue of the mythical “mutual break up” between former couples or partners, but I think these Quebecois Catholics might be on to something with this apostasy thing.

We need a way of leaving a church or “breaking up” that is both respectful and definitive, a way of saying “so long” that doesn’t involve saying, “and don’t let the door hit you in on the butt on the way out!” We need to find ways of leaving without bluster, but also without slinking out unnoticed. Here’s a brief checklist of what we need and what we need to avoid.

3) Try to take others with us

4) Try to cause a congregational rift on the way out, just to make those jerks pay

7) Lie to ourselves about our reasons for going

3) To the best of our ability, be honest with ourselves about why we’re leaving, recognizing the good things that we gave and received, as well as our genuine motivations for going

4) Encourage others to stay whenever possible

I want to end with a note of gratitude to those among the former Quebecois Roman Catholics who decided to finally make a principled break with the Roman Church. It takes real guts and commitment to care enough about an institution to take the time to make a formal split. Living in Quebec I’m fully aware of how few people here actually engage the Roman Catholic Church on a regular basis despite the fact that nominal membership rates are quite high. Most Roman Catholics (remembering again that this is a problem in all denominations and churches) who don’t attend do so out of laziness or because the church simply “no longer works” for them. These brave few who have gone ahead and requested a formal separation are showing a deep respect for the Roman Church and its traditions, even as they reject their place in it. This form of apostasy is something I hope more Liberal-Evangelicals and Christians in general have the courage to undertake in the future.

Jennifer D., wherever you are in this wide world, I still want my Bobby Brown CD back!

Thank God for that/for we are “not all like that,”