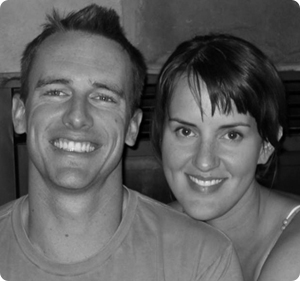 Several weeks ago I caught the tail end of a discussion with Kevin Wright on The Story, a nationally syndicated talk show that usually airs on public radio stations. As with so many events that later seem significant, it didn’t cause me to pause. I was late for picking up my son, had to buy stamps, and needed to get the recycling out of my trunk. So my hands were full, and I didn’t even listen to the end of the interview before turning off the car and running into the post office.

But that night some of what I heard came back to me, and the next morning I found the podcast of the episode with Wright. I’ve now listened to it several times through, hoping that I’d find a way of responding intelligently, hoping that his words would help me find some of my own. Well after all of that stewing and listening, the most profound thing I’ve come up with yet is this: this guy gets it! He’s one of us. He’s a Liberal-Evangelical!

It’s dangerous putting a tag on other people, especially people you don’t know, but I think it’s ok so long as the tag is intended as a compliment. And in this case it is. Kevin Wright is a Liberal-Evangelical.

We here at LiberalEvangelical.org have a particular program, a core set of values and beliefs that we hope to share, so I want to be careful that in identifying others as “one of us” we do not unduly insinuate that they must share all of our principles. However, at the heart of our message – and at the heart of Lost in the Middle? – there is a central principle of difficult and adventurous love. And from what I heard, Kevin is an articulate spokesman for this message.

The thesis of Part IV of Lost in the Middle? has to do with “core message pluralism,” the plain fact that at bottom there are very different versions of the Gospel that compel Christians on the Left and the Right. This means that differences among Christians are not necessarily superficial or mere matters of emphasis. Some of our differences and disagreements go to the center of what we think Christ’s life and work were and are about.

One strategy for dealing with the reality of core message pluralism is to run to one end of the spectrum and embrace it whole heartedly. Thus Conservative Evangelical churches might emphasize the radical nature of sin and the vicarious atonement of Christ’s death to the neglect of his work for justice and peace. Thus Liberal churches sometimes emphasize only Christ’s work for justice and solidarity with the poor while neglecting to deal with his unique personhood and work. While these strategies are different theologically, they are sociologically identical. Both groups generate social cohesion by telling a tightly knit story, a story that provides the backbone for group identity. Thus core message pluralism with all of its messiness is held at bay.

As Wright’s story unfolds I began to realize that he was struggling with leading a congregation that had a single tightly knit conservative core message. I won’t retell his story. It is worth the time to listen to him tell it! But at some point he comes to the realization that he was being asked by his congregation to preserve a simple kind of social cohesion that was at odds with his understanding of the Gospel. And that is when his ministry took a turn toward Liberal-Evangelicalism.

“There is a formula to play out in a growing church, and it has to do with having a very tight theology.”

Social cohesion and church unity are easy things to achieve. Collect a large group of people of similar age, income, language, experience, and ideology. Give them a simple story that can be retold again and again with minor variation. Ask them to love and care for one another. Rinse and repeat! This is a relatively easy way of creating a strong social group, be it a church or a nation.

We this recipe succeed in diverse places all the time. Of course Sweden and Switzerland are able to have tightly knit societies with low crime rates and robust social safety nets. Of course cookie-cutter suburban churches can be planted and grown in a predictable manner. As social creatures most of us are adept at creating social bonds, and we bond most easily with those who are like us. It is easy to love, so long as what we are asked to love reminds of that which we already love most, ourselves.

The challenge is to love those who are different. The challenge is to love despite differences. The impulse is say to the newcomer, “Welcome, as soon as you learn to fit in, you’ll find that we are a very loving congregation/family/office/nation.” It is entire orders of magnitude harder to say to the newcomer, the outsider, the stranger; “Welcome, you are loved as you are.”

Well said Mr. Wright! I’m glad that I happened to hear your story. It is a small thrill to know that we really are not alone.