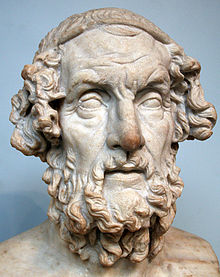 Part I of Proselytism Series

The link is on our main menu. I consistently point my World Religion students in this direction when they question the importance of pouring their time and effort into studying a phenomenon – human religiosity – that seems to them a mere vestige of the past. Religion, they seem to think, should be studied in history class as a phenomenon of a bygone age and way of thinking. But one glance at the Pew Forum News feed and they begin to see why I make them study religion as a living, breathing fact of the modern world.

My readers in Quebec will understand why at first I have such difficulty convincing my students that religion, as practiced around the world today, is important. While historically Catholic, Quebec has been and remains one of the most vehemently secular places in what used to be known as Western Christendom. The “Silent Revolution” of the 1960s almost overnight did away with the tight bonds of identity that linked French Canadians and with the Roman Catholic Church; That shift substituted French culture and language for religious practice as the marker of Québecoise identity and ever since has served to keep the churches empty and the public dialogue relatively clear of religious language. In this milieu, religion is something grandma did, not at all something that me or mine would even consider doing. It’s a phenomenon of the past, not the future.

But when they log in and read the news feed and they get a very different picture. Religion is here and now. It is powerful and pervasive, even in the countries of Western Europe where, like Quebec, secularism has flourished for decades. But secularism’s under appreciation of the ongoing power of religion in the twenty-first century is not the only or even the most important reason for LEs to regularly check in with the Pew Religious Forum. We must also always be on guard against the “homerism” (no not that Homer – or the other one!) that pervades our news and our religious discourse. The simple fact is that we tend to pay attention primarily to stories that we are already familiar with or that concern places and people we know, and this is not only dangerous, but it goes against he very fabric of both Liberalism and Evangelicalism. Let me explain.

What I am inelegantly labeling “homerism” could rightly be called provincialism, but I also want to emphasize the sociological and the psychological aspects of the phenomenon. And what’s the use of having a blog if I can’t invent words whenever I feel the need. I lived in Boston for almost a decade and retain my loyalties to the Celts, Bruins, Pats and Sox, and even though I’ve left the city, state, and even the country, I still find myself following Boston stories in the news to a much greater degree than I follow news about Delaware, Idaho, Chicago or Phoenix. No big deal right, because these other places hardly suffer when I don’t click on their news feeds or root for their teams. But “homerism” has sociological implications beyond personal loyalties or nostalgias for past residences and associations and these implications can be down right dangerous.

Years ago the movie “The Paper” starring Michael Keaton, Glen Close, and Robert Duval (yes I realize that I’ve referenced two 1980s Michael Keaton movies in the last three posts) had a great little scene that was both funny and illustrative of my larger point. As the lead editor gathered his staff in the morning to go over the stories they’d be pursuing that day, reporters on the international beat pitch him stories about earthquakes and plane crashes in far away countries. After each story they are required to answer the question, “How many New Yorkers were killed?”His point being that 100 people dead in Asia is a tragedy, but 2 New Yorkers among the dead is a headline. We are better able to understand and empathize with those whom we feel similar to in some way, and this basic fact of human nature translates to a disproportionate concern in our news programs, our news papers, our personal reading habits, our economic aid, our support for NGOs and even our support for governmental involvement and intervention around the world. Europe and China make page one, South America and India are lucky to make section A.

Ok, brass tacks time: is this simply a fact of human nature and a result of our limited attention spans, or is there something deeper going on here that Liberal Evangelicals in particular should be concerned with, and what does the Pew Religious Forum have to do with it? On a very basic level, this issue reflects the first real interior debate that the early Church had; are we going to be an internally oriented movement, or do we broaden our concern to include the Gentile world? Should the Gospel move beyond Jerusalem, beyond the Levant, and outside of the synagogues in order to seek out the larger Roman world? The analogy here with current trends within North American news organizations and the limited attention of many Christians is obvious. Evangelicals should be more concerned to look to outsiders and see them as sister and brothers.

But as Liberal Evangelicals we ought to go one step further and work to see the multi-faceted humanity of those who don’t live in Europe, North America and the Middle-East (to name only three areas of the world that garner a disproportionate amount of our attention, our aid, and our money). These people are not mere tabulae rasae (my wife teaches latin, so I hope my plurals are correct), blank slates, empty templates or cookie-cutter potential converts. They are fully textured human beings with concerns, ideas, dreams, pains, and needs of their own. The implications of this often overlooked fact are legion and I’ll explore some of them in the weeks and months ahead, but I’d like to make a recommendation to any readers who would accept the challenge of expanding their sense of the complexity of our world. Take some time each week to look at the Pew Forum News feed, even if you only glance at the headline and pick a few choice pieces. But when you do so, try to avoid repeating your habitual reading patterns. Read a piece on Indian Buddhists, look at a story on Catholicism in the Philippines, or take the time to learn something about Sikh and Muslim relations in Pakistan and India. As a non-profit organization the Pew Forum does not have to worry about whether or not a story will generate page views or sell ad space, and so they are better able to reflect the true diversity of the religious world. And this diversity should give us a truer picture of these people, people to whom our churches are working to reach out.