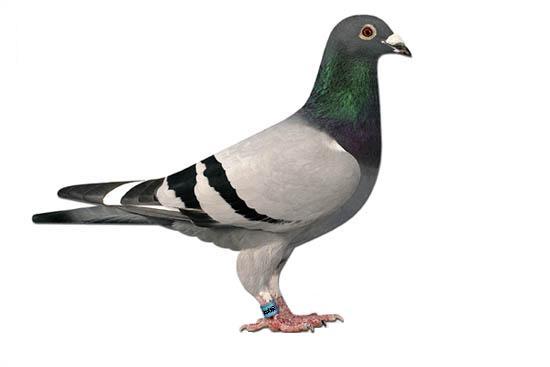 Sorry folks, but you’ll have to tolerate some philosophical table setting before getting to the LiberalEvangelcial point and payoff.

So many of our day-to-day duties involve sorting. Sorting is one of the fundamental ways that we take the relative chaos that the universe presents us and work it into a manageable form. Occasionally, these sorting tasks are conscious operations, like sorting the mail (the source of the pigeonhole analogy) or deciding which budget category a particular expense should fall into. If I write a letter of recommendation for a student, should I file a copy under “professional correspondence” or under “student records”? Many of these decisions seem to be quite inconsequential; until they go wrong.

Luckily, however, we have extremely sophisticated brains that have evolved over the millennia to take on most of these sorting tasks and perform them without our conscious participation. Think about all of the “sorting” tasks you undertook today without consciously engaging. You sort out relevant sounds from irrelevant “background” noises. If you took public transportation your brain was working overtime sorting out faces from other less relevant images. If you drove, and have been driving for more than a few months, most of the data that inundated you as you cruised down the road was non-consciously sorted and processed as you steered your car and worked the pedals, allowing you to give conscious attention to the radio talk show, the kids in the back or the conversation your passenger was relating. I am hyper-aware of the difference between conscious and non-conscious processing because I live in a part of North America where half of the conversations I hear, I understand without conscious effort and the other half require that I engage and often struggle to sort sounds into nouns, verbs and meaningful sentences. French requires my conscious attention while English does not.

As I see it, there are at least three kinds of sorting processes at work 1) the non-conscious ones we are born with (recognizing faces), 2) the ones that we learn so well that they can become non-conscious (language usage), and 3) the processes that require our conscious attention (sorting the mail or organizing the basement). All three involve forms of judgment and all three can go wrong with varying consequences. And this is what I want to talk about with you here: what happens when our sorting processes go wrong in ways that have damaging real world consequences. Click below for the promised point and payoff. But we warned, I’ll be assigning some tough reading.

I keep this little jpeg file on a flash key because I often use it in class lectures. I throw up the image and ask, “Where does red begin and orange end?” The depiction of the invisible spectrum of electro-magnetic radiation above the visible spectrum actually risks the fallacy I’m trying to get my students to see. The decision – and it is a decision – to divide the spectrum up into discrete units is always somewhat arbitrary, though in the case of physics precise mathematical definitions tend to hide the arbitrariness, especially to the uninitiated. No matter how precisely we decide to define the line between red and orange light, that decision and definition will be somewhat arbitrary. Good physicists know this and do not mistake the organizational schema for the reality it is meant to schematize. Would that we were all as careful in our production and utilization of organizational categories.

My good friend Dr. Taylor Petrey (I don’t use that phrase lightly; I’ve seen the man get sick on the Sudbury River because he struggled so mightily to help be save my homemade “boat” from the current. We’ll file that under “story for another day.”) is one of the most cogent voices on the intersection of sexual ethics and the LDS Church (The Mormons). If you’ve come this far with me, then I’ll risk asking you to read his latest popular piece at Religion and Politics concerning the TLC show My Husband’s Not Gay.

Dr. Petrey’s article points to the fact that identity politics, whether liberal or conservative – and nothing is more political in America than sex identity – has frequently been about limiting options and demonstrating loyalties. The decision these men in My Husband’s Not Gay have made to forgo their desires in favor of identifying with a particular religious community and the decisions their wives have made (How often these women are either overlooked or mocked!) to commit to a man with “SSA” are political whether they want them to be or not. Reread Petrey’s last paragraph. That’s where his real thesis comes through. I’ll return to his penultimate sentence in a moment.

Plato in his Phaedrus tells us that we should “carve nature at its joints.” By this he means to warn us against imposing an organizational scheme on data or objects that we want to organize, for if we do so, we risk distorting the very things we hoped to understand. We should, instead, allow the things to be organized to determine how best to categorize them. It makes very little sense, in other words, for me to impose arbitrary categories on my toolbox and arrange my tools in order of their expense, or alphabetically, or their color. It makes much more sense for me to organize my tool box according to the uses to which these tools are put: plumbing tools in one place, electrical tools in another, carpentry tools somewhere else. These categories are the “natural joints” of which Plato spoke and while no categorical scheme is perfect, better categorical schemes are truer to the objects they organize. Better categories allow us to engage the world more elegantly and with less friction, worse categories disempower and distort. And when the data and objects to be organized are people’s lives, well the stakes are that much higher, the potential damage that much worse.

What Dr. Petrey calls our attention to is the fact that we have in our broader culture two categorical schemes up and running. Once scheme has two categories, male and female, and the two categories correspond to two categories of sexual attraction, males to females and females to male. And any person who does not fit neatly into one category or another is forced to fit i.e. is pigeonholed. Another scheme has several additional categories, and since it is much newer and still evolving its categories are more fluid. This scheme makes room for males who are attracted to females and/or to males, as well as females who are attracted to males and/or females. Dr. Petrey is not a stereotypical liberal egghead professor. His history with the LDS Church means that he understands more than most the ways in which many religious communities are often more complicated in their actual practices than their public pronouncements make them seem. But his penultimate sentence makes something else clear. He writes, “These relationships [between SSA men and their wives] implicitly and explicitly delegitimize the relationship choices of gay men and women as inferior to opposite-sex relationships.” Categorical schemes are not neutral, they are political and they make claims as to what is legitimate and what is not. Any decision to abide within a particular scheme – admitting with full humility just how difficult it is for many folks to escape from worldviews that they’ve inherited and grown up in – reinforces that scheme and makes it harder for those who do not fit.

If Plato is correct, and I think that he most definitely is on this almost empiricist point, then honoring our fellow creatures demands that we honor their voices as they testify to us where exactly the natural joints lie.

Participate in a Survey! Do Religious Conservatives and Religious Liberals Think Differently?