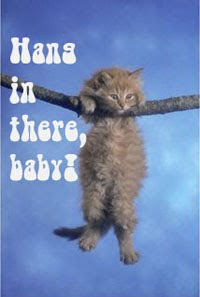 No, I’m not the most technically savvy person in the world, and no I can’t explain to you what exactly happened to our site these last few months. Something happened with servers and data and lots of ones and zeros. They didn’t teach us much about those things in Divinity School, but people smarter than me with pocket calculators and cutaway diagrams of the Enterprise on their wall assure me that our data is completely irretrievable. And so we begin the long slow process of reassembling and reposting our lost data and lost articles.

I’ll be doing this slowly over the coming months. This reminds me a bit of childhood Christmases when my parents used to take the avalanche of toys we received from aunts and cousins and hide half of them away in the attic. Come summer, they’d emerge with all of these “new” toys for us. That’s what Le Blog will resemble for the next several weeks. I’ll be bringing old articles down from the attic and giving you a chance to “rediscover” them.

But I do have one new thought for you here and now. It has to do with that word at the beginning of the title.

My wife hates it when I start conversations or sentences with that word. It’s become something of a verbal tick for me. “Boom! Diner is ready.” “Boom! I finished grading all of the papers.” “Boom! Who’s ready for some more coffee.” “Boom! Who noticed that I wrote DINER and not DINNER?” It’s a kind of all purpose utterance that I originally adopted so as to make fun of the “Bro” culture that I’m surrounded by at work, but it has seeped so deeply into my psyche that I now repeat it reflexively without noticing it. I raise this point here, because I fear that many of my Evangelical readers might be doing something similar: talking without reflecting. Let me illustrate with a dialogue.

Me: Well, we had a real disaster at the website this summer. The entire thing crashed and we lost a bunch of our data and posts. So now I’ll have to repost everything.

Your Unreflectively Responding Evangelical (Yuri): Well, I know it looks bad now, but it’s all part of God’s plan.

Me: So God sabotaged our servers?

Yuri: God doesn’t give us problems; he gives us opportunities!

Me: This really feels like a problem, excuse me “opportunity” for the tech guys.

Yuri: Everything happens for a reason.

Me: I don’t think you’re actually listening, thinking, and then responding. You seem to be simply parroting worn-out bromides.

Yuri: God never gives us more than we can handle.

Me: Do you have a book of these annoying sayings that you can refer to in lieu of having an actual conversation?

Yuri: Love the sinner but hate the sin!

When someone we know faces a challenge, we can be so quick to offer a meaningless “Boom!” These evangelical clichés aren’t meant to be hurtful or insulting but that is how they often come across. They’re meant as a kind of reassuring “Hang in there!” They’re meant to comfort and console. But they end up making us sound like zombie-robots. So let me offer a joyful counter to potential clichéd responses to our server problem.

God did not sabotage our servers and destroy our data as part of a larger plan subtly designed to make me a better writer, or force me to reconsider my message and often-sarcastic voice. Stuff happens. Random events occur. Biological organisms get sick and die. A moth flaps its wings in Nepal and two months later a resulting hurricane tears apart the Caribbean.

Our basic Evangelical concern to see the world as infused with grace and value can so easily be corrupted. Our aim is to inhabit eternity even as we flow through time, but this means taking the world as purposeful and random, as meaningful and chaotic in turn. When we make the sloppy philosophical error of seeing everything as random and meaningless or everything as purposeful and determined we end up with a universe unfit for love and grace. Put simply, if everything is meaningful, then nothing is meaningful. If everything has a purpose then nothing has a purpose. “Meaningful” and “Purposeful” are relative contrast terms like “Special.” If everything is special, then by definition nothing is special.

What we should say to one another in comfort isn’t “Everything has a purpose,” but rather, “Everything isn’t without purpose.” That is true! But it implies that some things are genuinely random. And whatever happened to those ones and zeros that made them go haywire and eat up our data – well that just isn’t part of a larger plan. It’s just something we’ll have to deal with. An annoyance without cosmic significance.

So welcome back. Stay tuned. Check back in often as we get back on our feet. And remember that God helps those who help themselves.

New Nominee, Old Question: Can we find a Liberal-Evangelical response?