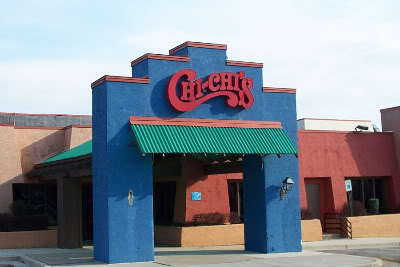 To paraphrase myself, and why not it’s my blog, “Just as increased urbanization is likely in the coming years, we should expect our little pockets of homogeneity to be increasingly disrupted as we encounter and live beside more folks who are different from us. Perhaps no issue is more pressing for LiberalEvangelicals.”

What a wise observation I made a few weeks back! Sarcasm aside, it’s patently true. For most of human history humans have been able to count on the fact that most other humans we might encounter would share many of our most basic assumptions about the world and our habits of interacting with our shared social and natural worlds. We can no longer count on this, and while it is especially true for those of us living in and around large urban centers, folks in the “fly over states” are no longer “safe” from difference. So get ready LEs, no matter where you are, for a century of increasing multiculturalism. Chi-Chis is not going to be the most exotic restaurant in your town for much longer.

[To my chagrin, I learned AFTER writing the last sentence that Chi-Chis shut down all its locations in the U.S. in 2012. However, I will leave the preceding paragraph alone as a memorial to a once great chain. “A Celebration of Food,” we celebrate you one final time.]

Rather than try to demonstrate the demographic case to you and show that multiculturalism is a growing and probably irreversible trend, I’m going to concentrate on a much more uncomfortable fact and a probing question.

Fact: Difference is uncomfortable and even the most tolerant of us often chafe at having to navigate a multicultural space. There is no point in denying this basic fact of human life. Instead, let’s ask the important question.

Question: Why is it that the very same differences that bother us when we’re in our own hometown (race, religion, ethnicity, language, child discipline or lack there of, social propriety, to name only a few) do not bother us nearly as much when we’re on vacation? What makes these two situations feel so different?

My Hypothesis (and this hypothesis is hardly unique to me): We’re hardwired to perceive difference not merely as inconvenient, though it is that, but also as moderately threatening. “You and yours, ain’t me and mine,” to put the matter bluntly, and difference alerts me to that fact and activates my most basic instincts toward defending and expanding my own kin and in-group.

Would that it were that simple, would that we could will/wish our way out of our worst pre-reflective habits of perceiving threats in difference and judge our fellows “not by the color of their skin, but by the content of their character.” But MLK Jr.’s dream remains and likely always will remain a dream, a regulative hope at best. The key word here is “JUDGE.” We cannot, despite the warning of Matthew 7:1, avoid judgment just as we cannot, as Augustine noted 1400 some odd years ago, will ourselves into having a good will. Judgment is a vague category that can be parsed in many ways, but for our purposes here and now I want to differentiate between reflective conscious judgments – those judgments that I think Matthew warns us against – and pre-reflective or intuitive judgments that we make every moment of every day without consciously deciding (or noticing) to do so. And before reading any further, I warn you that while I will attempt radically to simplify the issues, we’re treading on some extremely complex philosophical ground. Read on at your own peril.

The first thing worth noting about judgment is that my distinction between conscious decision-type judgments and pre-conscious intuitive judgments would likely trigger warning bells and sirens in the minds of many contemporary philosophers, for there are many “philosophy types” who would draw a hard and fast line between decisions and givens and reserve the term “judgments” only for the former. In other words, we perceive an apple to be red, we do not judge it to be red and we judge a book to be poorly written, we do not perceive it to be so. This distinction is, I think, too tidy and it ignores a continuum of experience that runs between immediate perceptions and temporally extended decisive judgments that we set out to perform.

Ok, sorry for that last paragraph. The cash value here of my analysis is that we can in fact learn to improve our faculties of judgment and even teach ourselves to be subtler judges. Judgments are habits that we learned (though I stretch the term “learn” to cover some of our deeper habits rooted in human evolution) and if we can learn them, we can unlearn them! Though let’s be honest with ourselves, the project of unlearning our cognitive biases is likely to be a generations long undertaking. So let’s get started.

Clarification: Let’s take as an example a simple judgment that falls somewhere between an immediate perception and a long reflective judgment as to the value of some undertaking: an NFL back-judge watching a defensive back and receiver compete for a football in the air and deciding whether or not to throw a flag. [Note that this example no longer works in today’s NFL were all passes to the end-zone that do not result in a touchdown must automatically be flagged unless they are intercepted. #bringbackdefense] I like this example because we can contrast the quick judgment that the back-judge must make in real time with the longer more drawn out process of judgment that we at home get to make as we watch countless replays from multiple angles. The back-judge makes his call based on years of practice and habits that he has intentionally developed over the course of his career. NFL refs study countless hours of film to prepare for games and sometimes intentionally alter their habits of judgment as the rules change and they hone their craft. But most honest fans can admit that, unless there is some camera angle that provides unambiguous evidence that the ref didn’t see, when the play is over and we’ve seen it several times, there is still usually a judgment call to be made! The rules cannot apply themselves.

But let’s get back to multiculturalism. What does the uptick in defensive penalties in the NFL this year have to do with my learning to be more tolerant of the Sikh family that just moved in next door? Simple: we’re all in the position of that back-judge. Like it or not, we move through our days making thousands of discrete judgments. Most of these judgments are unreflective and largely inconsequential because we’ve developed good habits of judgment. We only notice most of our judgments when they are bad, i.e. when we slip on the ice or run into a door. But some of these judgments are social, though they may also be unreflective. I cannot help it, even as a southerner I immediately judge someone with a Southern accent to be less intelligent and less sophisticated than someone with an English accent. I might “overturn the ruling on the field” and correct my judgment “upon further review,” but this takes time, energy and intentional focus. So it is not entirely true that “I cannot help it.” I can help it, you can help it, we can all help it, though it takes tremendous effort to question our own social judgments and second-guess ourselves. But that is exactly what LEs are called to do.

I’ll risk introducing one more technical term here: we need to develop “Sociographic Promiscuity.” I’m borrowing this one from LeRon Shults, one of the most interesting theologians out there today. The term captures a basic need we have or skill we must develop: the ability to identify with those who are not familiar to us, i.e. to include them in our in-group. One of the challenges of religion – and LEs are in no way immune to this – is that it seems unavoidably to reinforce in-group developing habits. In other words, religion contributes to “sociographic prudery,” a concern for me and mine alone. The way to combat this, and this might be the kind of challenge that LEs can take up, is intentionally to contravene this habitual correlation through the intentional cultivation of multicultural relationships i.e. sociographic promiscuity.

The central claim of this blog installment, the last of my Fall series on the Future of LiberalEvangelicalism, is to advocate for a reconceiving of increased multiculturalism. We should strive to see increased multiculturalism less as a problem to be overcome and dealt with, and more as an important contribution to solving many of our world’s most intransigent problems. It is less a necessary evil to be tolerated and more a necessary corrective to our worst biological, social and religious habits of self-segregation and homogenization.

It may feel hackneyed at this point, but I’ll close with a famous and famously clichéd biblical illustration. I call your attention to one parable that I think all LEs will know and appreciate, even if it’s frequently overused. The New Testament’s most famous foreigner, the good Samaritan: the solution to, not the cause of our problems.

The Uneasy Conscience of Modern Fundamentalism, by Carl Henry