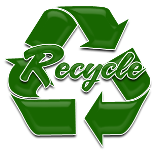 What do we do with those left over coffee hour cookies and cakes? What about the left over hot dog and hamburger buns from the church picnic? If their condition is acceptable, maybe we distribute them or take them home or put them in the freezer for a later day. But, when their condition is questionable, the easiest thing to do is throw them in the trash along with the coffee grounds, half-eaten burgers, and the fries that were accidently overcooked. What if there was a better way to handle our leftovers and our waste? What if, through minor changes in our practice, we could make this food work for us and our planet?

In a recent interview with Renee Montagne of National Public Radio (NPR), Tristram Stuart discussed his new book Waste: Uncovering the Global Food Scandal that evaluates the levels of food waste in the United States and proposes actions that would increase the availability of food for those in need, minimize the environmental impact of food waste, and help institutions and individuals save money.

Stuart found that less than 3% of “municipal food waste” in the United States is recycled. Municipal food waste is those scraps of food that find their way into our trash receptacles. When this food is not recycled, it heads to landfills where it decomposes. So far, this doesn’t seem to be problematic. Food is natural and its decomposition shouldn’t be harmful right? Under the conditions of a landfill, the decomposition of food scraps actually poses a great threat to our environment. In the landfill these food scraps decompose in an oxygen deficient climate, and this situation generates methane, “and methane is more powerful as a greenhouse gas than carbon dioxide.”

In contrast to the practices of the United States, Stuart found that in South Korea, Japan, and Taiwan 3% or less is the percentage of food scraps that are not recycled. In these countries there is a concerted effort to recycle food scraps through composting and using it as livestock feed. These practices are “environmentally [and economically] friendly, it provides cheap livestock feed for the farmers in those parts of the world, and it avoids sending food waste to landfill.”

Stuart’s scope of research is extensive. He investigated food waste at farms, manufacturers, retailers, restaurants, and family dwellings. During the interview, he provides a concrete example by elaborating on retail waste. Across the United States, Stuart discovered that retailers dispose of vast quantities of edible food daily. He states, “You open up the bins around the back of their stores and it looks like someone has tipped a supermarket shelf into the dumpster.” Stuart offers a multidimensional solution to this situation. First, retailers can minimize initial overstocking. Second, the price of perishable items can be reduced as they near their expiration date. And third, excess stock can be donated to charities, which is also a tax break for retailers. When retail waste is considered alongside farm, manufacturing, restaurant, and household waste, the magnitude of waste becomes staggering.

Stuart refrains from being a cynical and despairing critic. Levels of waste in the United States are irresponsible, but, there are “implementable” and “reasonable” solutions. Stuart declares, “We have the solutions, we know how to do it, we just need to do it more effectively and across the board.”

Stuart’s proposed solutions, though not fully elaborated in the interview, may be promising. His research is beneficial since it arouses our conscientiousness. Now we may begin to pay attention to the incremental levels of waste that occur in our churches, our homes, and our communities and begin to see how they contribute to the broader plight. Having our awareness raised provokes our problem solving repertoire and encourages us to implement solutions tailored to our particular contexts.

To hear the interview in full, read the transcript, or read a summary report click here.