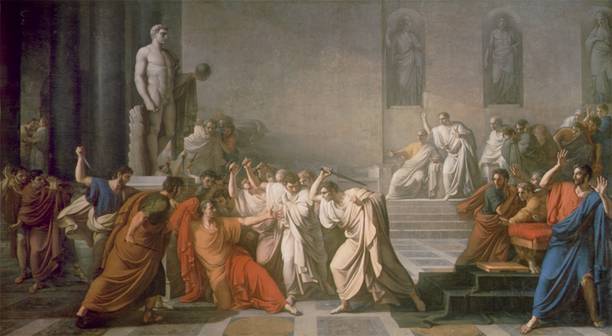 Let’s be honest, many of our nation’s sportswriters probably wrote two versions of their game story last Sunday; one for if he won, another for if he lost? This story called for drama, and the narrative angles were too complex to await the conclusion of the actual game. And if you don’t know what I’m talking about it’s because you’ve had your head buried in the sand this past week. Last week Brett Favre, Superbowl winning quarterback and one-time favorite son of Green Bay, WI returned to the frozen tundra of Laubeau Field; but this time he jogged onto the field in the purple jersey of the hated Minnesota Vikings

This story, however, isn’t primarily about Favre, the aging quarterback who refuses to retire (or at least refuses to retire without unretiring every couple of months), the gifted athlete with the grey speckled beard, who will not leave the field of battle so long as his surgically repaired arm has one desperate Hail Mary left in it. No. The protagonist of this made for TV male-o-drama is as much the fans of Green Bay as it is the old gunslinger. It’s their hurt feelings and sense of betrayal that drives the story and makes those of us not residing in the upper Midwest look on with wonder at the emotional spectacle. A good old fashioned story of betrayal and infidelity draws our attention and warms our blood. No one likes a traitor, even if the traitor was released by his former team in favor of a younger player with more of an “upside.” But our innate sense of loyalty comes at a cost: sometimes infidelity, disloyalty and a willingness to switch sides is exactly what is called for.

Think about it. Last year during the Obama campaign, how often did we hear candidate Obama preface his comments with the phrase, “As I’ve always said”? We have a collective allergy to the idea that sometimes a change of mind is called for, and perhaps this intellectual allergy is related to that very quality we find so noble in our fellow humans: loyalty. So it would seem that the crucial issue is learning to know the difference between noble loyalty and misplaced loyalty i.e. mere stubbornness.

Faithful readers of this blog – no doubt millions of you! – know of my affinity for the philosophy of the American pragmatist Charles Peirce. I won’t trouble you with too many details, but some of his best ideas centered on the process of inquiry. He was fascinated by the many ways in which we come to settle our minds and he found that among the most frequently “successful” modes of fixing belief was the mode of inquiry he called TENACITY. We decide what to think about a given topic by simply reiterating what we’ve always thought on that topic. This may seem obvious, but Peirce noticed that each day, if not each moment, is a moment potentially ripe with new possibilities. I always take the interstate to work, why don’t I give an alternate route a try today? Frequently, he argued, our primary reason for doing things and believing things we’ve always done and believed is simple inertia. If pressed, we may generate a list of reasons that we prefer the interstate, but the reasons are usually an afterthought. Most of the time, we settle belief and initiate action based simply on our old habits. We resist new ideas and new habits, largely out of tenacity. We are LOYAL to our past ideas and habits. And what is more, we are often uncritically loyal, loyal when criticism, reevaluation, and reformation are most called for.

As a Liberal Evangelical who struggles constantly with my identity as an Evangelical – a struggle that ebbs and flows each time I check in with my fellow American Evangelicals – I wonder about my ambivalent attitude toward different labels, causes, and organizations that fall under the Evangelical umbrella. Is my loyalty to Evangelicalism and Evangelicals as “my people” mere intellectual inertia? Am I loyal out of tenacity and history? Is my retention of the title Evangelical a mere vestigial habit, a kind of sentimentalism? Should I simply move on like Brett Favre? “Thanks Packers/Evangelicals, but our time together is over and I’m on to other things?”

Were I to leave – and let’s be honest, many of you are no doubt in the same boat as I am – and give up the title Evangelical on account of my Liberalism, would I be doing the honorable thing? There would certainly be an upside. I would no longer have to explain to my Liberal friends why I insist on calling myself an Evangelical. I would no longer have to deal with the skeptical reaction of Evangelicals as I try to explain to them that Liberal-Evangelicals are not like married bachelors. Even now, the Republican party is working to purify itself and purge RINOs (Republicans In Name Only) from its ranks. They are seeking ideological purity and looking to gain a form of certainty that comes with knowing that everyone with the GOP moniker shares certain core beliefs. So am I a EINO an Evangelical In Name Only? Am I simply refusing the inevitable and wearing a metaphorical Favre Packer’s jersey?

One of the best things about the community and resources here at LiberalEvangelical.org is that they remind me constantly that “Evangelical” does not refer to a particular group of people. It is not a team whose membership changes year to year and whose players come and go as they are traded away or cut from the roster. No! Being an Evangelical is not about how you vote, its about the role Jesus plays in your faith and life. Is the good news of Jesus, the EVANGEL, the center of your religious life? So long as I answer yes, so long as I do not allow Jesus to drift to the periphery I am an Evangelical. And I’m not just being stubborn, or tenacious out of a sense of historical loyalty or clannishness. I’m loyal because the center still holds.

So, Conservative Evangelicals might want to see me and other liberals traded away or put on the waiver wire, but we won’t have it. We’ll stay here and keep the “Evangelical” name, because we are Evangelicals. The “good news” is something we share with others. It is not the exclusive property of any of us.

McCain “too liberal” for Many Conservative Christians