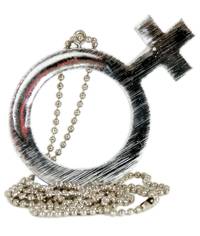 Cigarettes and Pornography no longer monopolize the “behind the counter” display. Lifeway Christian Bookstores, an affiliate of the Southern Baptist Convention, recently pulled copies of the magazine Gospel Today, a publication dedicated to urban ministry and African-American Christians. The magazine was taken off public display and held behind the checkout counter, for sale only those who knew to ask. What caused the magazine to be pulled? The offending cover had a picture of five ministers – female ministers.

Lifeway’s decision to remove the magazine from public display has angered many in African-American Christian community as well as many female pastors and supporters of female clergy. The publisher of Gospel Today only discovered that the magazine had been pulled thanks to an anonymous tip. The magazine’s mission, “to provide a quality publication for the Urban Christian Community that informs, inspires, educates, and empowers,” suggests that the cover in question was not designed to stir up controversy, but rather to highlight the growing influence of African-American female ministers.

The decision is seen by some as a simple continuation of The Southern Baptist Convention’s policy of excluding women from positions of public leadership. Roland S. Martin, commentator for CNN, has publicly criticized the move in his column and has even suggested that Lifeway may have been practicing this kind of retail censorship for some time and has only now been caught.

Read more at World Net Daily and the The Atlanta Journal-Constitution.

The Scandal of the Evangelical Mind, by Mark Noll

New Resource on Education and Theology