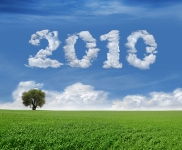 With the advent of the New Year comes the task of selecting the year’s goals and determining how these goals will be achieved. As this process unfolds, the habits, activities, and programs of the previous year are scrutinized with an eye toward identifying that which worked well and that which turned out to be a hindrance. The upcoming year is likewise scanned for adventitious occasions and signs of potential hazard. Plans for maximizing benefit, minimizing hardship, and making up deficits are sketched and prepared for implementation. This process, begun with much excitement and vigor may start to feel overwhelming as the plans materialize. Bryan Walsh’s article “Global Warming: Why Branson Wants to Step In” for Time.com provides a motivating and informative example of a person who has recognized a pressing need and has responded with bold initiative in the New Year.

British billionaire Richard Branson, the founder of the Virgin Group, is leading a new venture in 2010. Being convinced by the evidence presented by scientists regarding the tremendous threat of global warming, Branson has instituted the “Carbon War Room,” a think tank that is “designed to incubate and spread the best ways to cut carbon in corporate sectors.” The name of the think tank intends to reflect the gravity of the environmental crisis and the need to confront the crisis with equal gravity. “There are some of us who believe that the problem of warming is as bad as the First and Second World Wars combined,” states Branson. Yet, unlike the response to the World Wars, there has been a vacuum of governmental and corporate response to global warming. In the current situation, the enemy is known to be carbon, but, as Branson says, “there’s no war room coordinating the attack on carbon.”

The Carbon War Room is Branson’s response to this need. The Carbon War Room aims to “raise awareness about the carbon problem within industries” and then “publicize and spread the best solutions.” The first target selected by the Carbon War Room for analysis and remedy is “global marine shipping.” Currently, the substantial carbon emissions of marine shipping are unregulated. According to Travis Bradford, the Carbon War Room’s chief operating officer, marine shipping accounts for approximately 3% of the globe’s annual carbon emissions as its navy of inefficient cargo ships, about 100,000 strong, crisscross the world’s oceans. These gigantic polluters “contribute some 1.3 billion tons of CO2 to the atmosphere,” and they “spew out huge amounts of traditional air pollutants, like nitrous oxides (NOx) and sulfur oxides (SOx).” Furthermore, these ships “emit black carbon soot, a leading contributor to melting Arctic ice.”

The task of eliminating the pollution caused by 100,000 ships seems daunting, but through skillful analysis the Carbon War Room has found that it must focus its attention on approximately 20,000 cargo ships. These are the “biggest and most polluting ships” that account for half of the industry’s carbon emissions. The oldest of these ships will need to be replaced and the others will need to be retrofitted with more efficient technology. How will these costly changes be implemented in an unregulated industry? The approach taken by the Carbon War Room is a form of positive reinforcement that threatens the economic viability of the worst polluters. By identifying the “ships and lines [that] are most efficient” the Carbon War Room can pressure “shipping companies – and the customers who depend on them – to use [those] companies that have adopted the best practices” thereby diminishing the shipping volume, and consequently, the profitability, of the worst polluting ships and lines.

However, Branson’s initiative is far from altruistic. Walsh indicates that, for Branson, solutions to the climate crisis must come through “better technology and better practices, not by changing the way we live our lives.” Branson is committed to the continued growth of business and consumption and combating global warming.

Up to a point, Branson’s undertaking is a shining example of initiative. He has identified a significant social need and gathered a body of skilled people to analyze and address it. For the Liberal-Evangelical, Branson’s model may fuel personal and communal initiative for the New Year. It can motivate one to seriously reflect upon the needs of one’s household, church community, city, country, and world and determine to join forces with others in order to devise and enact solutions. But, when Branson predetermines that solutions must come from better technology and better practices that continue to enable economic growth and ever increasing consumption he fails to give sufficient weight to the role that certain religious ideas, social behaviors, and economic systems play in the planet’s degradation. At this point, Branson’s Carbon War Room stands to benefit from the Liberal-Evangelical approach that values full-bodied analysis that includes the evaluation of one’s presuppositions, that presses to understand deep and elusive causes, and that understands the interrelatedness of human social, economic, and religious activities.

APOSTASY! Could it be for you?