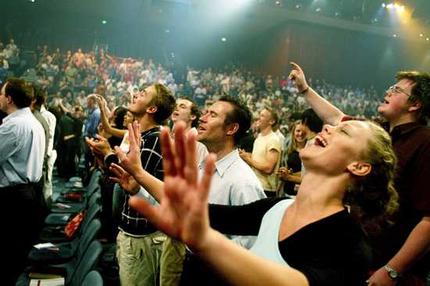 The mainstream media has been under a microscope as it covers this year’s election, but one thing is certain, the mainstream media is waking up to fact that Evangelicals are no longer a predictably conservative voting block. However, despite its new awareness that Evangelical voters may be moving away from supporting Republicans this election cycle, the media has not yet offered sustained analysis of the diverse trends within the Evangelical movement and the GOP that may be leading to this historic parting of the ways.

On the one hand, the lukewarm support for McCain among some Evangelicals on the Right has been well documented. Traditional Conservative Evangelicals are not thrilled with Senator McCain of Arizona and his long history of opposing the influence of the Religious Right in the GOP, though they tend to be strong supports of Governor Palin of Alaska. McCain’s rocky relationship with religious Conservatives seemed to bode poorly for his chances of winning the Republican nomination, so his victory did little to excite the Evangelical base of the party. On the other hand, in a development that has until recently received less attention, many younger Evangelicals are moving away from the GOP in favor of the social progressivism found in other political parties including the Democrats. Barak Obama and the Democratic party have made direct appeals designed to woo Evangelicals and their efforts seem to be paying off among the newest generation of Evangelical voters.

Combine these two trends and Senator John McCain and the Republican party are experiencing an erosion of Evangelical support on both their Left and Right flanks. The nomination of Sarah Palin may staunch the bleeding on the Right, but Liberal Evangelicals continue to shift their support away from the GOP.

The Toronto Star: Jesus Shuffles to the Left