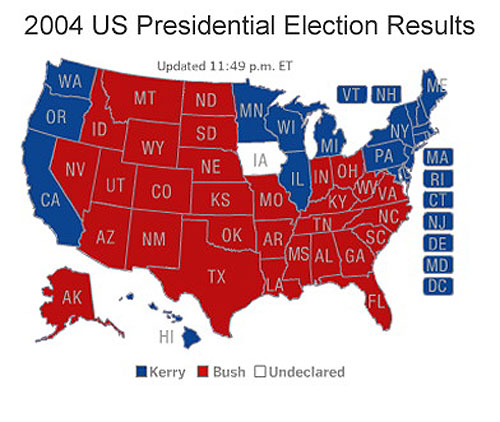 After almost eight years of having a close friend in the White House and in many House and Senate seats, Conservative Evangelicals are bracing themselves for tougher times ahead. Democrats seem poised to take substantial majorities in both houses of Congress as well as gaining many Governor’s offices causing some religious conservatives to be scared. What might an Obama Presidency mean for the religious right? Suzanne Goldenberg of The Guardian traveled to Cold Springs, Colorado – ground zero for religious conservatives – to find out how Conservative Christians are preparing for the changes that seem to be on the horizon.

As Goldenber’s short piece makes clear, many Conservative Evangelicals are prepared to oppose an Obama presidency, but also see a potential for a resurgence in the coming years. Some fear that eight years of President George W. Bush have made religious conservatives complacent, and hope that a Democratic landslide might jolt Conservative Christians into action.

Visit The Guardian to read Goldberg’s article and view her short video documentary.

“Favre” [farv] – noun, from the original French for Judas