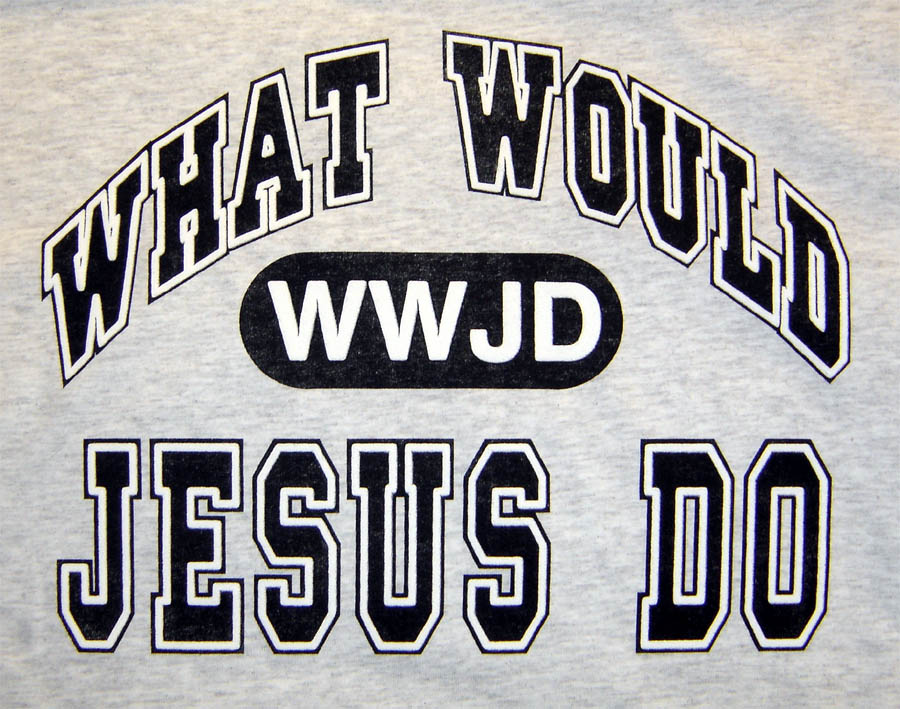 WWTD – What Would Teddy Do? While this question is unlikely to spawn any adolescent evangelical fashion trends, it does have some cache these days. In the wake of the passing of the Senior Senator from Massachusetts many of his former colleagues in our nation’s legislature are reflecting on his legacy, his tenacity, and his lifelong commitment to healthcare for all Americans. The healthcare reform debate has stalled on the predictable shoals of partisanship and the relatively new phenomenon of vitriolic town hall meetings. And it was amidst these events that Senator Edward Kennedy died, was eulogized, and is remembered. How best, both his Democratic colleagues and Republican friends/rivals are asking, ought we to memorialize him? How can we honor his memory as we work to reform the manner in which we pay for health care? How would he have proceeded, were he still with us? What would Teddy do? Frankly, it’s surprising to see so many legislators and commentators from both ends of the political spectrum agree that the WWTD question is relevant. It’s surprising to hear so many of Kennedy’s political adversaries speak his name in almost reverential tones. It’s surprising to hear the Blue Dogs and GOP stalwarts agree to follow a trail that the deceased “Liberal Lion” might have blazed. But it isn’t surprising to see that they answer that key question – What would Teddy Do? – in very different ways. As Christians know all too well, even when there is a consensus of reverence for the past words and deeds of a great person, there is little chance of that consensus translating readily into a plan for future action. WWTD? WWJD? So often we just do not and cannot know.

When I teach Introduction to Ethics to college Freshmen and Sophomores I often spend the first several weeks of the course trying to convince them that some of the least interesting questions in ethics involve rules for behavior. They want lists of thou shalts and thou shalt nots. They crave ethical structure and are generally prepared to debate the pros and cons of different prescriptive ethical programs. But I don’t allow us to spend more than one third of our course on this task, for one simple reason: How do you debate and criticize the relative merits of different prescriptive ethical programs unless you already have a powerful but vague sense of right and wrong up and running? What standard do you apply unless you operate with unstated notions of right and wrong? These are the interesting questions in ethics and they quickly lead us to the work of contemporary ethical psychologists. See the work of Jonathan Haidt if this sounds interesting.

But we don’t stop there, we push on and ask another set of questions. We don’t ask, what rules should we follow? Instead, we pursue the question, how, as a matter of fact, do most of us learn right and wrong? When the question is put to students in this form, they almost immediately see the answer. Toddlers and grade-schoolers do not agree to and work to apply a list of rules. Almost no one learns to be ethical in this manner. Instead, our ethical development is driven largely by learning to follow the behavior of others. We mimic our parents and elders, peers and siblings. If we’re lucky, we grow up around wise adults with a subtle gift for engaging the world in an elegant manner. If we’re unlucky, we grow up around boorish peers and selfish family members.

When my students begin to think about ethics in this manner, their thinking changes almost entirely. They stop looking for lists of prohibitions and commandments and think instead about how best to raise and shape ethical children. What kinds of examples can and should we set? What kinds of models for ethical behavior ought our culture promote? This approach is called “virtue ethics” and its tremendous appeal is due in large part to the fact that many of us – not just children! – find ourselves leaning on its central truth: seldom do we pause in life to consult the rule book, but many of us regularly reflect on the life of a beloved grandparent, minister, or religious figure and ask: what would she or he do in this situation? Perhaps this is the quintessentially human approach to ethical challenges. Rule lists and mandates are ethics for robots. We are ethical and emotional creatures and need emotional connections if we are going to live well.

I raise these issues and my experiences in the classroom, because I look at the WWJD and more recent WWTD questions as profoundly human responses to ethical challenges, and while I would not equate the lives of Jesus of Nazareth and Edward Kennedy, I do think that it is worth noting the similar response that these men are generating. In times of crises, be they adolescent Christian crises or legislative crises, we long to activate not only our rational capacities but also our emotional cores and lean on the memories and examples of our heroes. It is right that we do so, but it does not solve all of our problems.

The Conservative answer to WWTD? Teddy was a pragmatist who fought hard for what he wanted, but knew when to compromise. That’s why we loved him personally even as we opposed his policies. As the Liberal Lion he roared loudly, but when he came to the bargaining table he knew how to get some of what he wanted without alienating those on the other side. WWTD? Teddy would compromise, stop insisting on the public option, and help us pass a bipartisan bill.

And now two more: The Conservative answer to WWJD? Jesus was passionate about righteousness. He preached purity of belief and practice, healed the sick and worked miracles. Most importantly he conquered sin through his atoning death and resurrection, so the most important thing you can do to honor his memory is accept him as your personal savior and honor his claim that no one can come to heaven except through him.

The Liberal answer to WWJD? Jesus was passionate about righteousness. He preached redemption, justice, and the coming Kingdom of God. He healed the sick, and worked to empower those without power and right a system of inverted values. He fought against the powers that be and was put to death for fighting on behalf of the meek and powerless. The best thing that you can do to honor his memory is do as he did. Fight for justice, protect the foreigner, the widow, and the prisoner, and do not give in to the powers of this earth.

The challenge that Christians face – and this is very similar to the challenge faced by those seeking to honor the memory of Senator Kennedy by acting “as Teddy would have” – is the fact that all four of the quick sketches are correct as far as they go. Senator Kennedy was a complicated man, not a caricature, so it is not easy to say in uncertain terms,”Teddy would have X.” Luckily for Christians, we have four Gospels and a wealth of stories about and words from Jesus, so we have a limited picture of his life, but that picture is still wonderfully complex. Liberals highlight the Sermon on the Mount while Conservatives highlight the Passion narratives, but the Gospels present both. In short, most of the time, it is quite difficult to answer the question with any certainty: What would Jesus do? We simply cannot know, and when we try to extrapolate from the Gospels – as we must and should do! – we inevitably highlight our own values and emphasize those parts of the Gospels that mirror our own biases.

So, allow me to try a new tack. We must and should follow the ministry of Jesus. That is a substantial part of what it means to be an Evangelical Christian. But if we are honest with ourselves, we must also admit that we have no procedure for flawlessly translating his life, deeds, and words into our modern context. I find it hard to believe that Jesus would endorse preemptive war, terrorism or torture, but I have no real grounds for knowing whether or not Jesus would have approved of reproductive technologies, the Second Amendment, or Cap and Trade schemes. I have my own feelings on these matters, and can find examples from the Gospels that I find persuasive, but I’m not convinced that they would or should convince anyone else. So what is a Liberal Evangelical to do when we honestly don’t know what Jesus would do?

This is where being a Liberal is both challenging and liberating. As Wildman and Garner emphasize in chapter 12 of Lost in the Middle? Claiming an Inclusive Faith for Christians Who Are Both Liberal and Evangelical, Liberalism has its roots in the intellectual decision to be honest about our own terrorizing freedom. It is often easier and more comforting to lay the credit/blame for the positions one takes and the decisions one makes at the feet of some other power or authority. This is fine when it is true, but it becomes disingenuous when we begin to argue for every position, theological and political, on the grounds that the Bible or the Pope or the Holy Spirit says it must be one way or the other. That is intellectually dishonest and it leads toward disingenuous forms of Fundamentalism. To the Liberal Evangelical, this path is closed. We must openly embrace our own freedom and concomitant responsibility to interpret – not just apply – the life of Jesus into our modern contexts. Further, we must admit that there is no sure guide for how we ought to do this. We follow Jesus’s example, but we should do so honestly, admitting along the way that we will err and that we must sometimes make guesses about WJWD. Jesus himself did not have recourse to his own example. What guided him? Where did he turn for strength?

With the passing of Senator Kennedy, America loses not only a powerful legislator, but also a convenient caricature. Let us hope against hope that his life is remembered and his story is told in detail rather than in broad strokes. Further, let us hope our political leaders will have the intellectual honesty and courage to admit that they cannot run from their responsibility and lay the blame/credit for their votes and actions at the feet of Ted Kennedy. The question WWTD? is relevant. It may even be inspiring to some, but it ought never to replace the more pressing questions that each of us face every day. What would Jesus do? And more importantly, as a follower of Jesus, what should I do today?