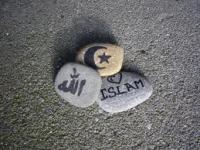 As the controversy over the Islamic community center near Ground Zero continues to rage, professors from Boston University have decided to inject their expertise into the dialogue. Frustrated by the amount of false information, misinformation, and no information circulating about Islam and the proposed community center coupled with the rancorous tones that have carried the controversy thus far, these professors launched a forum for the purpose of deepening the content of the conversation and encouraging a more civilized tone.

On September 16th the College of Arts and Sciences hosted the public forum entitled “The ‘Ground Zero Mosque Controversy:’ What You Need to Know.” The forum was moderated by the Department of Religion’s well-known member Stephen Prothero. The forum had a panel populated by Assistant Professors Kecia Ali and Teena Purohit both experts on Islam, and doctoral candidate Cristine Hutchison-Jones who specializes in Mormonism in America. The format of the forum was straightforward; each panelist was allotted five minutes to present a thesis, and following the conclusion of their comments, questions were taken from the audience. Attendance at the forum, which was standing-room-only, reflected the degree to which this topic presses on the minds of many Americans.

Professor Kecia Ali’s primary intent was to illustrate the length of time that Islam has been present on American soil. Islam first made its appearance even prior to the establishment of the United States via the slave trade. After the establishment of the US, and again through the vehicle of slavery, the percentage of Muslims in America increased. 15-20% of the African’s seized from their homeland and enslaved were Muslims. Dr. Ali explained that early waves of immigration continued to bring the Islamic faith to the country, primarily to the mid-west. In 1929, the first mosque was built in North Dakota. Legislative policy in the 1960’s enabled further immigration drawing educated professionals, doctors, and architects from India and Pakistan. And, during the contemporary period, immigration from Europe and Africa continues to add to Islam’s presence in the United States. Through her brief review of the history of America and Islam, Dr. Ali drives her points home: Islam has been a steady presence in the country; its origins are tied to the earliest periods of European American history; and, Islam’s representation in America has not been detrimental to the country’s development.

The content of Dr. Purohit’s discourse centered around two key points. The first point Dr. Purohit made was that Islam, similar to the world’s other religions, has transformed throughout its history. As Islam has moved into various cultures, it has been transformed by these cultures and has likewise been transformed by them. Islam, as she shows, is diverse. There is Indian Islam, American Islam, Pakistani Islam, etc. Just as there is not one Protestantism or one Catholicism, there is not a single representation of Islam. Dr. Purohit’s second point focused on the usage of the term “mosque” to describe the proposed development plan. The proposal is much more than a mosque. It is a community center that aims to bring people together from a host of ethnic backgrounds. By labeling the entire project a “mosque,” Dr. Purohit claims that a deceptive concept of Islamic homogeny is being promoted. Islam in the US and in the world is not monolithic, nor is it isolated from culture. The community center is primarily concerned with culture and community, and the mosque is one part of a larger whole.

Cristine Hutchison-Jones, though not an Islamic scholar, successfully drew upon her expertise in American Mormonism to illuminate the topic at hand. She observed that the United States has had a checkered past regarding its treatment of religious traditions and movements. In some cases, primarily those concerning major Western religious traditions, the country has been accepting and tolerant; yet, for minority religions, e.g., Quakerism, Mormonism, Islam, Shakers, etc., treatment has moved between the poles of marginalization and open persecution. Hutchison-Jones showed that, unfortunately, the common practice has been to lump minority religions into a category called “them” and then conceive “them” as being sexually immoral, practicing deviant behaviors, and concealing violent and politically subversive intentions.

A brief summary of the three scholar’s points is incapable of doing justice to the informative, energized, and provocative nature of the forum. The only way to fully extract the timely nectar of the forum is to click on the link below and watch the forum unfold for oneself.

To watch Boston University’s forum “The ‘Ground Zero Mosque Controversy:’ What You Need to Know” in its entirety click here.

Counting the Cost for Others